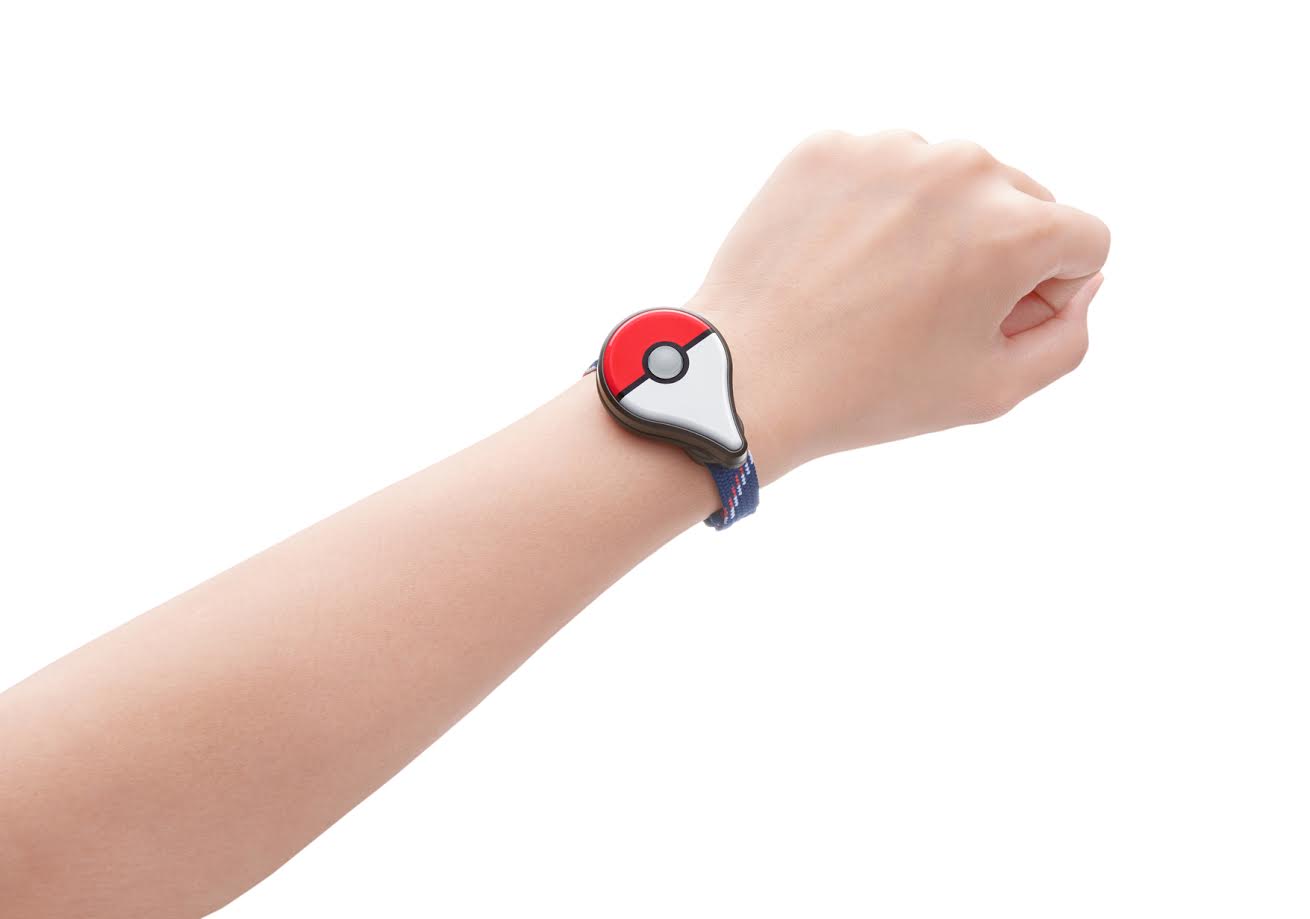 Whilst the Pokemon Go fever and server issues have died down a little there are still millions of active daily users. We previously had heard about a wrist-worn device to enhance your Pokemon Go efforts, however, the device was initially delayed.

Well, it’s delayed no more. The Pokemon Go Plus is a first party Pokemon Go accessory that alerts you when you are near either a Pokestop or a Pokemon. When you are in range of a Pokestop the device will blink and vibrate, simply tap the button and you will be able to “harvest” the items from the Pokestop all without ever touching your phone.

How about catching a Pokemon you say? Yep, it does that too. When a Pokemon is within catching range the device will vibrate and flash green (not sure if that’s different to the Pokestop colour). Press the button on the device and it will through a Pokeball for you.

If you catch the Pokemon the device will also flash and vibrate. One unusual exception is Pokemon attracted by Incense, it seems these are local to your game and not something the device can see.

It is not an inconspicuous device so if you were hoping for something that would let you catch Pokemon on the sly this may not be your accessory. With Pokemon Go launching an app for Apple Watch – sans the button to actually do anything – hopefully, we will see a similar app for Android Wear soon.

There is no pricing or distribution details as yet, but it was priced at $34.99USD when it popped up on Amazon earlier this year. Nintendo advised that they would release those details soon. With only a few weeks until the 16th of September, it won’t be that long a wait.

To use the Pokemon Go Plus you will need to have the App installed and have an Android 4.4 or above device with a Bluetooth 4.0 or higher connection.

This thing will fail. Is there anyone left playing this game? It got boring fast.

So do I need to have full app open to use this? Because that makes it completely useless in my eyes.

If I can just have some service or something on my phone I’d eat this up. Otherwise my battery would just die every day.