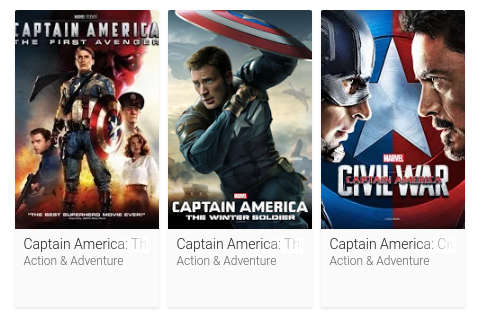 Before you jump into the 2nd movie in Phase 3 of the Marvel Cinematic Universe with Dr Strange in November, it’s time to catch up on Captain America: Civil War. With the release on Google Play Movies you can pick up Cap vs Iron Man with the rest of the Captain America Movies in the new 3-movie bundle.

The movie bundle is available to buy right now, so head over to Google Play Movies and check it out now.