If you’ve been playing The Voxel Agents latest game, Train Conductor World, you may have noticed a weird lag bug affecting the game making it almost impossible to play the game. The good news is that an update today seems to fix the lag issue, and as a bonus a new train station has been added.

The lag affected levels which included one of the bonuses, a coin filled balloon, causing the game to lag intolerably to the point where you couldn’t see on-screen transitions or select the next step in the game. That fix seems to work and you can now get through a level without any stutter.

A new train station has also been added with Bernina, Switzerland now available. It’s a hard slog to add Berning to your rail network though with a bridge section required to connect it. It looks like a good level though, so it’s probably worth it to slog through and update those tiles to acquire those alloy tiles required to build that bridge.

A fixed link to the Voxel Agents Instagram page has also been added in the update, but apart from that it looks like that’s it. If you haven’t tried it out, you can grab the game from Google Play for free right now. 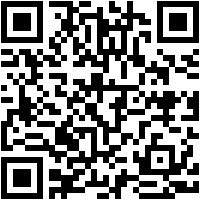 It’s a fun game, but the apparent complete randomness of the tiles makes it such a slog just to get the one you need while you upgrade the 20 straight wood pieces to iron that you don’t need until you have just a bunch of junk it your inventory.