Home Mobiles Aldi is getting into VR and 360° imaging with a headset and...

If you’re wanting to start capturing, sharing and viewing 360° video or pictures then Aldi’s Special Buys that go on-sale this Saturday should be right up your alley.

Aldi is advertising a Cocoon branded 360° camera for $249 and VR headset for $29.99 making the total package a pretty cheap entry point for capturing the world around you. The camera captures 360° video and pictures using a dual 220 degree lens, 10MP Combined (2 x 5MP) sensors on the camera which can then be sent to your phone using in-built Wi-Fi and an app on your smartphone (yes there’s an iOS app too). The app can view images and video in VR, spherical or panning modes before uploading to your favourite social media site – or you can just look at them in VR mode with the headset.

The camera body itself is fairly rudimentary as you can see from the image below, a shutter button as well as a power and Wi-Fi toggle button is about it. There is a microphone for recording sound and you’ll get about an hour of use out of the 1500mAh Li-Ion battery. There’s space for a microSD card to be installed (up to 64GB) and you’ll need to buy one to use the camera as there isn’t one included. There is a standard tripod mount on the camera, which means you can mount it to a tripod or selfie stick to get the best results. Cocoon also sells a range of accessories on their site which includes a bike or board mount, weather proof case or yes, a selfie stick.

The CocoonVR site does mention a 0.96” 128×64 resolution screen on the camera, but it doesn’t show in any of the images on their site, so you may want to check that before buying if it’s important to you. 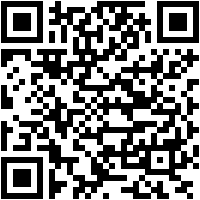 The VR Headset is not quite as exciting as the 360° camera, but still a decent offering nonetheless. Fitting Android and iOS devices ranging in size from 4″ to 6″, the Cocoon VR Headset looks to be pretty decent. The headset has soft padding for sitting on your face, as well as a headstrap to keep it up to your eyes if you’re viewing something for an extended period. The headset also has ventilation at the back to ensure your phone won’t overheat – VR can take a lot of power. A lens adjustment wheel on top also means you’ll be able to tune it to your eyes easily. If you’re really not done with Aldi by the time you pick up either or both of these, you can also grab a tripod or a 64GB microSD card (with full sized SD card adapter included) for $29.99 while you’re there.

If you’re interested in anything Aldi has to offer, you can head into your local store and pick them up when they open this Saturday.

Would have liked to have road tested the headset to compare with what else is on the market – anyone know if they made it to UK stores?

Blimey, I just watched the YouTube link in this article. I couldn’t get my head around what I was looking at. Don’t think I’m ready for 360!