The Google Play App and Game Deal of the Week has updated for another week this week dropping Soundhound and Motorsport Manager to an affordable 20c each. Soundhound
If you’ve ever had an earworm or wondered what that song playing on the radio is then SoundHound is for you. It’s one of two major apps (Shazam being the other one) that performs this function and it really comes down to personal preference as to which you choose.

SoundHound does allow you to sing or hum a song to identify it which is a major reason for many people choosing SoundHound as their preferred song identification app.

There’s integration with Spotify to allow you to play songs on your mind, with hands-free voice integration letting you say things like ‘OK Hound, please play Hello by Adele’ or, well, any other decent song choice. The voice integration also lets you start song recognition, or ask music trivia such as ‘OK Hound, how old is Paul McCartney?’

If you’re looking for a good app, this one is it, very much a worthwhile purchase and at 20c it’s an absolute bargain. Grab it now from Google Play for just 20c. If you’ve ever wanted to manage a motor racing team, then Motorsport Manager is definitely the game for you.

Take control of the team, manage driver hiring and firing, manage your pitstop and racing strategy in a high intensity game designed to make you feel like you’re really there.

You can watch each race in real-time or work the strategies to get your team to the perfect season, deal with weather, crashes and safety cars and all the other things a manager deals with in a race. Once you master all this you could take home the championship trophy.

The game looks great in terms of visuals, and the gameplay looks designed to really drag you in and invest you in the fate of your team. If you’re an avid race fan, then this is the game for you, check it out now on Google Play. 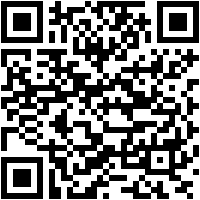 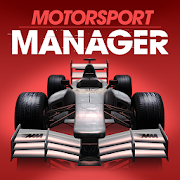 Both deals this week look great, but if you haven’t got SoundHound yet you’re crazy – seriously, go do it. Unfortunately it looks like last weeks deals for Lapse It • Time Lapse • Pro and the IAP in War Robots has ended, so make sure you don’t miss out this week. Get in and grab them now from Google Play.

It won’t let you hum or sing a tune and identify it for you though.