Transport for NSW, yesterday launched their newest transport app, Feedback2Go, an app aimed at letting anyone catching public transport both in the Sydney Metro area as well as throughout the state of NSW, to provide feedback on their public transport trips whilst on the go.

Feedback2Go is part of the NSW Governments push into making customer service more accessible and easier as well as providing a new approach to customer engagement. The App also comes as one of the many projects discussed at the still ongoing Future Transport program, which is aimed at unlocking the latest technology and trends that will transform NSW and the many people that reside within its boundaries.

Whether it’s the good, the bad, or the ugly – we want customers to let us know what they think of the services they’re travelling on and tell us how we can improve,” and that “With a few taps on the app, customers can upload photos and report incidents to us direct.

Users are able to provide feedback via the app on trains, buses, ferries, light rail, roads or maritime in categories including the reliability of their public transport service, safety and cleanliness.

Once the feedback has been submitted, users are given the opportunity to receive a follow-up response from Transport for NSW. There is also the ability for users to keep track of their feedback and its status all via the new app.

Mr Constance said ‘We’re not frightened of feedback or complaints – in fact, we welcome it – and this app is yet another easy option for customers to share their thoughts’.

There is also the ability for people with disabilities who require TalkBack (Android) functions to use this app with this feature which I have to say is a first for such an app here in NSW. Having a look at the app itself, its very clean and pretty straightforward to navigate around and it certainly is very clean and bug free at least from what I could say.

Feedback2Go is available for free from Google Play and you can also download the app via the link below. 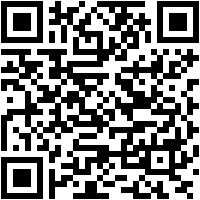 Adelaide Metro recently put out a survey asking what users wanted from mobile app they were trying to put together. So many of the questions seemed to be all about providing feedback on the quality of the journey and the state of the bus. Perhaps I’ve been spoiled when it comes to the ‘quality’ of my bus trips (although I doubt it) but, as a daily bus commuter, I’m more concerned with how long I need to wait for my bus and any likely delays than anything else.

I wonder how much vitriol they will have sort through to get to actual complaints? Be interesting to get a hold of the dataset.

I sent them some vitriol tonight after the Harbour Bridge fiasco in Sydney. They compounded the problem by arbitrarily deciding to delay ferries which meant people missed connecting bus services. Their new app is going to get a good workout from a lot of people!

Good to hear. Sydney’s transport system is a joke a lot of the time.