As a fan from way-back I`ve been excited about this launch, and today it’s here with Asterix and Friends launching on Google Play.

Based on the popular French Comics by René Goscinny and Albert Uderzo, the game follows the titular characters of Asterix and his best friend Obelix.

The game is a world-builder with your base of operations the hold-out Gaulish village from the comic series, where you’ll build your own village. You’ll have to explore beyond the fortified walls though, exploring to find resources, materials such as wood, stone & wheat and maybe a wild boar or two.

The core components of the game include:
– Build Your Own Village in the world of Asterix
– Fight Julius Caesar and his Roman Army
– Trade and Battle side-by-side with friends
– Explore the world and complete quests

The game is online so you can of course trade and battle with your friends, fighting off the Roman army from the surrounding encampments and of course taking advantage of Getafix the druids secret potions.

As with most titles these days the game is free to play, but you’ll have in-app purchases which can make the game easier – but if you’re willing to grind it out you can get a fair amount of fun out of it anyway. The IAP is fairly expensive though, ranging from $7.99 – $159.99 per item.

If you’ve been wanting to beat up some Romans for the longest time, then head over to Google Play and grab it. 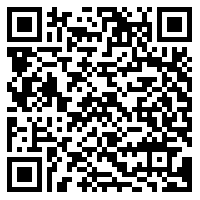