Home Smart Home and Wearables Smart Accessories Missed out the Pokémon Go Plus at EB? Grab it from Nintendo... If you missed the limited edition pre-order at EB Games earlier this week, you can still get yourself a Pokémon Go Plus bluetooth accessory from Nintendo Australia.

The band with the Pokéball themed wearable is selling for $49.95 + shipping, but you can apply the code ‘C10AUS‘ to get yourself 10% off. 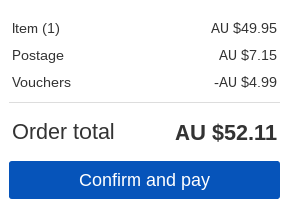 The Pokémon Go Plus will alert you by blinking a light on top and vibrating when a Pokémon or a PokéStop is nearby, allowing you to press the button on top to catch the Pokémon or gather items from the PokéStop.

The device will also track your distance, allowing you to run the app in the background on your device and have distance counted toward hatching eggs, or earning candy using the Buddy system that Niantic added in their latest update.

There are some limitations though, with Niantic advising that the band won’t provide an alert for any Pokémon attracted by the in-game item Incense.

If you missed out earlier this week, head on over to the Nintendo AU/NZ eBay page and acquire one now.

They’re really jumping on the money wagon while they can, aren’t they?

Apparently there are 3,500 available. So plenty left at this stage.