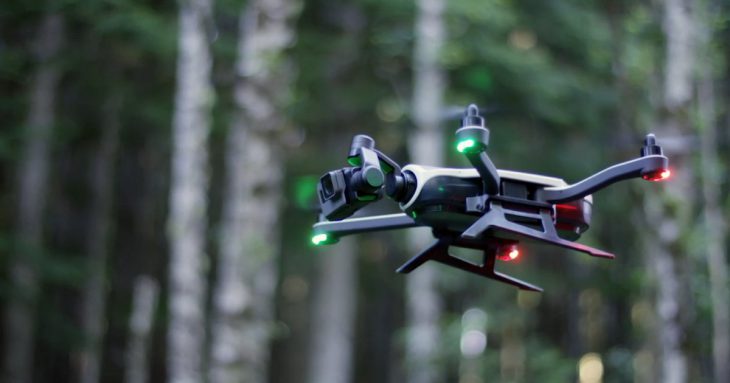 It’s been well anticipated, but alongside the launch of the GoPro Hero 5 range, GoPro have announced the launch of their answer to DJI Phantom’s line of drones, the GoPro Karma. DJI used to use GoPro cameras until they developed their own integrated systems, and given the stunning opportunities that drone footage enables, it’s little wonder that GoPro has decided to release their own first-party option.

The GoPro Karma is touted as “more than a drone”, and it’s true, it is. The drone itself is foldable, making it much easier to transport and in a smaller case (and as someone who’s transported a DJI Phantom 3, this can only be a welcome improvement).  Better yet, the camera stabilisation technology can actually be removed from the drone, and used with a hand-held grip that allows it to be used as a hand-held gimbal system.

Want to capture the skies or your exploits from above? Use the Karma drone. Want to run behind your kids as they splash along the shoreline? Use the Karma Grip and try to keep up. When you combine the stabilisation technology with the advanced video stabilisation already built into the Hero 5 range, you’re looking at what can only be described as buttery smooth video, without any editing. As you can see, the whole system folds into a rather small space, with the drone itself, control unit (to the left), charger (up top) and Karma Grip (below) all fitting neatly into a small, secure backpack style enclosure.

GoPro haven’t spent much time talking about the specifications, preferring instead to focus on the experience. What we do know is that everything you need is in the box; you don’t need a tablet or a smartphone to fly. If you have one, though, the GoPro Passenger app will allow them to control the camera independently while you focus on flying and avoiding obstacles. It’s something only found on more high-end drone systems.

We understand the Karma will fly for about 20 minutes on a 1-hour charge, and in terms of repairability, just about everything is user serviceable, from simple things like new prop blades, to more complex repairs like replacing a damaged prop arm.

It’s not really enough to just read about it, so take a look at this series of videos which show off the system in detail:

We absolutely cannot wait to take one of these for a spin alongside the newly announced Hero 5 range, and so we’ll be chasing down a review unit as fast as we can.

Pricing for Australia is to be confirmed, but in the US, the pricing looks rather competitive. If you’ve already got a compatible Hero 4 Black camera, you’re looking at just $1195 to get on board. If you’re looking for a combo that includes the new Hero 5 Black, that will probably run to around $1599 locally.

GoPro Karma goes on sale on October 23rd, and you can register now on GoPro’s page for updates.