So I don’t think its a secret that the team at Ausdroid are pretty heavily into toys, so seeing 2 new drones from Parrot in email this morning raised some eyebrows when we took a bit of a look at the Swing and the Mambo.

The two models are (as opposed to the Bebop 2 that we reviewed recently) aimed at acrobatics and play time instead of the traditional drone use of video capture and scenery pictures.

The swing is the first plane Minidrone which takes off and lands vertically and has forward flight, the X shape of Swing enables it to fly both vertically and horizontally so you can perform some fine control, low speed manoeuvres or go for the speed option and perform aerobatics. It quickly an easily switches from quadcopter mode to plane mode where it can hit a top speed of 30 km/h. The flight time may be a bit on the low side for users at only 8 minutes, but fast charging will get you back in the air in as little as 25 minutes. Perhaps the more attractive option of the two for the playful among us, as another speedy little toy that can reach a speed of 30km/h and performs aerobatics. What makes this one look like a bit more fun is the included accessories, you get a cannon and a grabber.
Cannon: Allows you to identify a target, aim at a moving object and fire! Pilots can test their agility with Mambo projectile thrower!
Grabber: Allows you to transport a message, catch a cube of sugar and to drop it in a cup I can hear some of the queries already – How do drones relate to Android?
It can all controlled through their app freeflight Mini or if you’re inclined that way for the Mambo, you can spend the extra RRP$69.99 and grab one of the controllers called the Flypad to control the flight of your drone.
NB. The details currently available say that the swing comes with the Flypad Controller.

They’re not big, they’re not expensive but they’re certainly fast and look like a heap of fun. We’ve reached out to Parrot to ask about some devices to review thoroughly and will hopefully hear more soon. 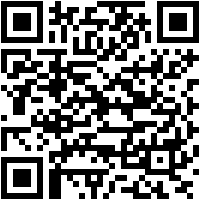