We’ve sent out the call for you all to scour the island and find all the #MadeByGoogle promotions you could. Well before one of you were able to find something and Send it in we uncovered a shot of an installation near the Sydney Opera House facing the Sydney Harbor Bridge, pictured above thanks Campbell Simpson from Gizmodo on twitter.

This seems to be the same installation we’ve seen used else where, so we are hopeful to spot some more billboards and building redesigns!

We’re also hearing rumours of something out Parramatta way if anyone is around that end of town. We will keep this post updated as more images roll in, and in the mean time if you find anything of interest email it to us and post it on social media using the hashtags #MadeByGoogle and #FoundForAusdroid.

Update:
As noted by SeaWolf in the comments, the sign has no disappeared from in front of the Opera House but has shown up at the University of Melbourne in Victoria. Thanks to cliko on reddit, for this pic of the sign in the wild, where apparently ‘hundreds of people go past here every day’. Update 24/09:
It’s back in Sydney at the Opera House. Thanks to Tony for this one: Twitter user Stilgherrian spotted it near Martin Place in Sydney.

Cute teaser campaign in Martin Place, Sydney. #madebygoogle is the hashtag painted on the bottom. pic.twitter.com/bjFRFq6Ryd

We heard that it might be a Bondi Beach on Wednesday, thanks to Morning Bondi, we now know it was.

Yes I saw you guys playing around! 😉 Keen to hear what this is all about?! Cheers! pic.twitter.com/DZJO03Dmw7

Sydney and Melbourne seem to be popular for the sign, where will it be tomorrow? Maybe back where it started, maybe somewhere new. Keep your eyes peeled. 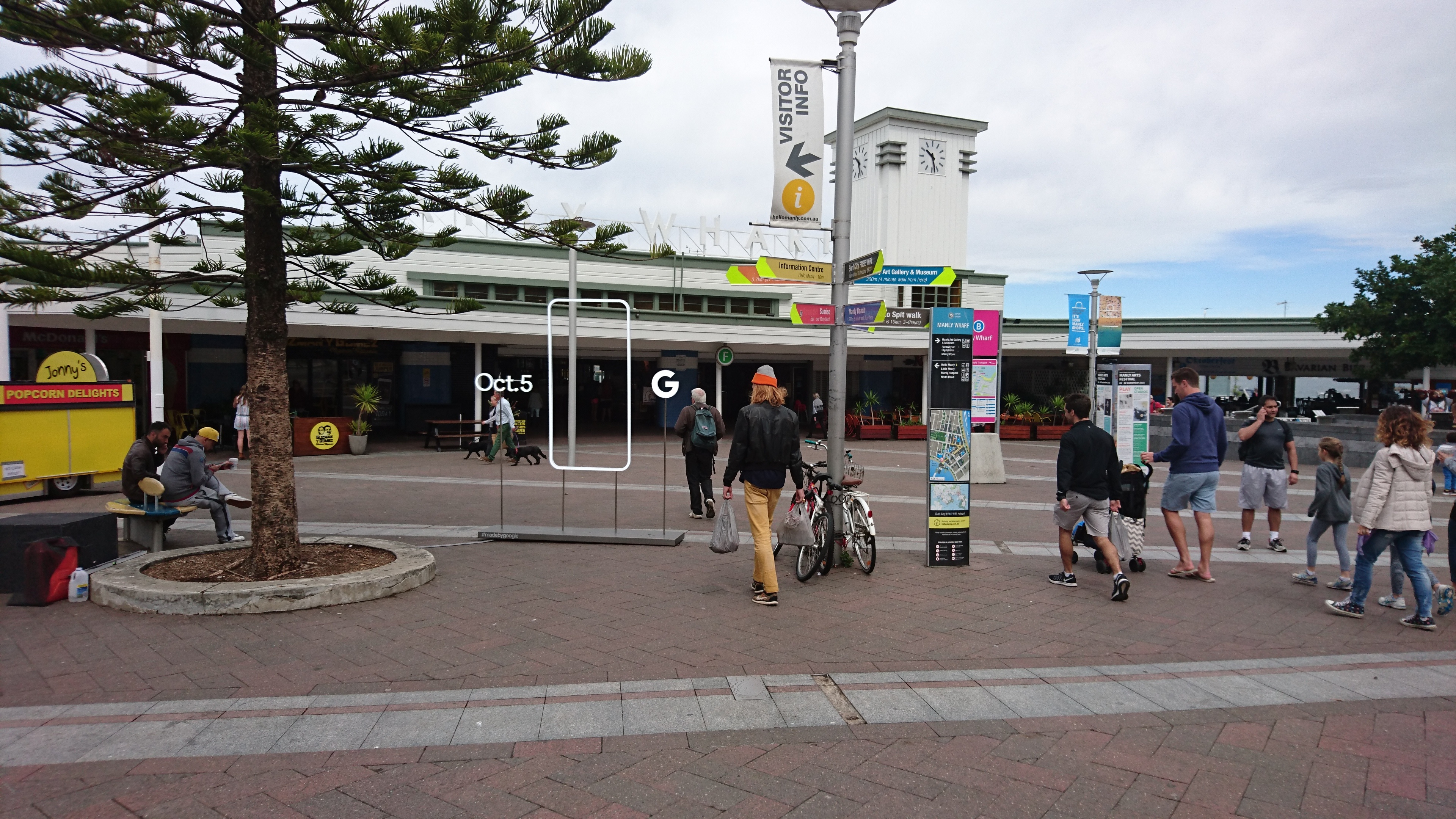 Does this mean Pixel will available in Australia same day as U.S. and also with rumored finance option 🙂

We don’t know, the Pixels did clear the FCC along time ago, so they could have the stock for a large international release.

As for the finance, I’m not holding my breath

I think they must be moving it around. I was just down at that spot and it’s gone now.

That or Dan is in Sydney with a Ute!

Google is actually going for it! No more stuffing around. Genuine, consumer focused marketing.

ok, so with Google Australia putting up physical installations it makes more sense why they have launched their own variant of October 5th.
But you are right its quite a push… overdrive engaged.

The image also transitioned through a tablet shape as well???

See what I did there?

I’ll show myself out.

I like puns, if you hadn’t noticed, you win comments for today

Is #MadByGoogle because of Allo being crap and the fat bezels on the Pixel?