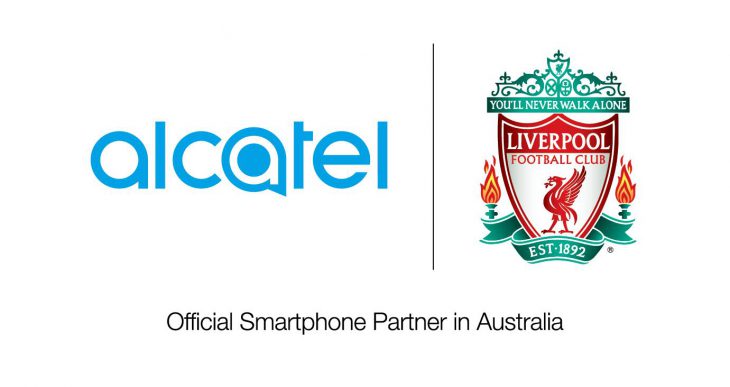 If you’re a Liverpool FC fan — and let’s face it, a good number of Australians are — then you’ll be interested to note that Alcatel has signed an agreement with the iconic club to become an official partner, and official smartphone partner in Australia and New Zealand.

This is, of course, primarily a marketing announcement — there’s no new products coming just at the moment — but for rusted on fans, Alcatel sees this as a big plus. Alcatel will, in future, offer local fans of the Reds access to exciting moments surrounding the club.

The announcement comes after a period of strong performance for Alcatel, hanging on to the claim of being the third largest selling smartphone manufacturer in Australia, and they can add this partnership to their growing list of top-shelf sponsorships, including the South Sydney Rabbitohs, GWS Giants, and ambassadorships with leading sportspeople.

In terms of product, we’re standing by for the local availability of the Alcatel Idol 4s. Scott reviewed the Idol 4s last month, and found it a capable mid-range performer with a premium feel. It’s likely to hit for around $599, but as yet, we don’t have more specific details.

Ok I’m gonna say it, I’m really happy for Alcatel but how about just releasing a phone here without significant delay before it becomes obsolete.