US media company Yahoo has announced this morning that they have been affected by a security breach which has potentially exposed half a billion users to security risks.

The breach was actually announced back in 2014, but the extent and details of the breach have only been made public today in an announcement on the company’s Tumblr blog.

The breach is believed to be a state sponsored attack which garnered a lot of information which the company says may have included ‘names, email addresses, telephone numbers, dates of birth, hashed passwords (the vast majority with bcrypt) and, in some cases, encrypted or unencrypted security questions and answers’. The breach did not include unprotected passwords, credit card, or bank information.

The attack also doesn’t seem to have affected anything with Yahoo finding ‘no evidence that the state-sponsored actor is currently in Yahoo’s network’.

The breach is still serious however with Yahoo recommending a broad course of action for anyone with a Yahoo account:

Yahoo currently has a number of apps available on Google Play, including apps produced for Channel 7 in Australia. 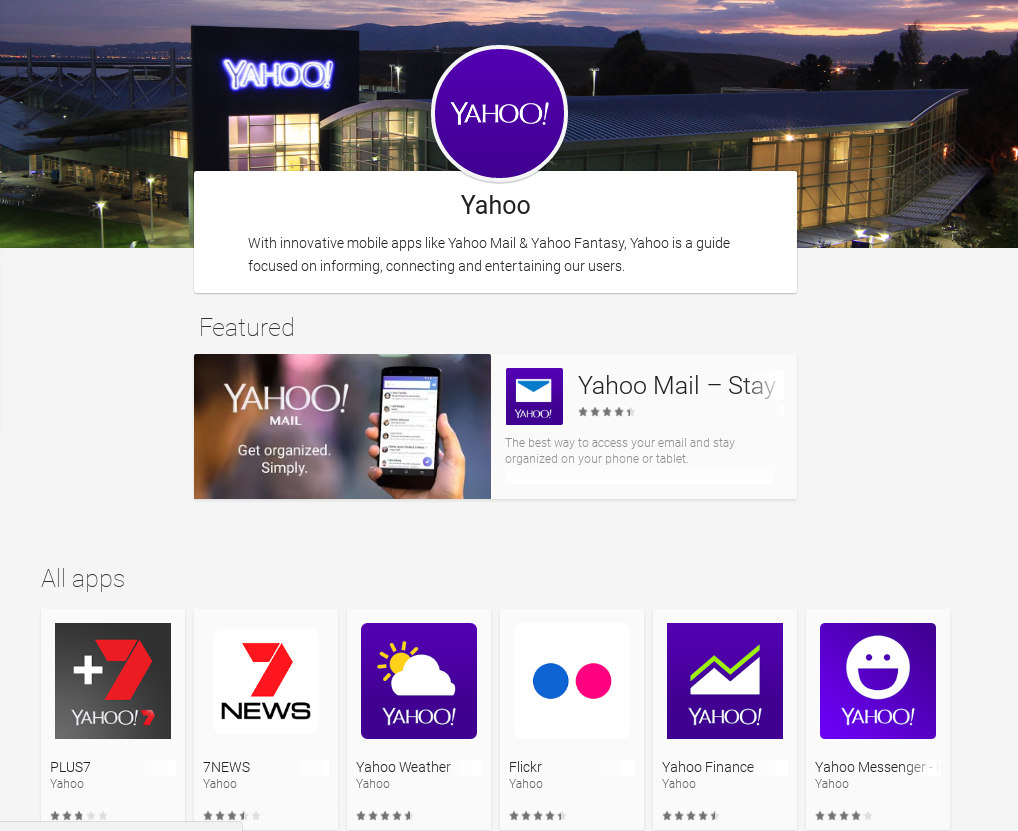 I don’t know about anyone else but I ditched the password and started using the account key feature instead.