Home Mobiles Just what is Google announcing at the October 5th hardware event? And...

With just under two weeks until the October 5th Google Hardware event we’re beginning to get a clearer picture of what they may be releasing and what it all may cost. Now before we go any further go fetch your salt lick and some water, you’re going to need a lot of both.

Just what do we think they will be releasing? In the almost certain pile site the Pixel and Pixel XL Android-powered phones, we’re confident that they will release those based on the outline featured in the #MadeByGoogle sculpture that’s going around Australia and the US. The phones have cleared the FCC so they’re definitely ready to launch. 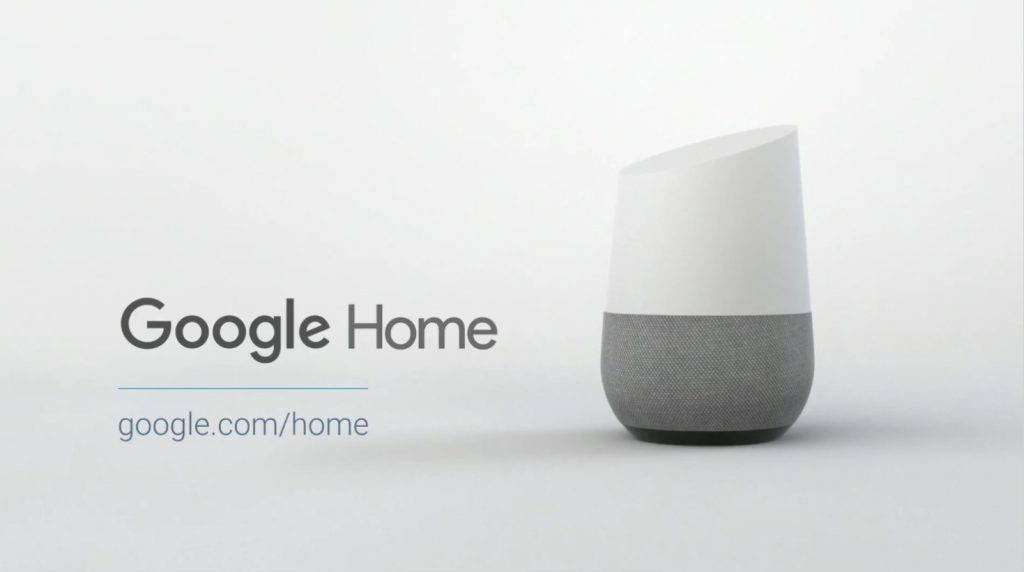 Google is intending for Home to be out and on display in your home, making it look good enough to want to have it out on display. The device will also have swappable bottom covers to help it blend into your decor so we may get a look at their designs. Google Home will be a hub for your home, as well as featuring Google Assistant and as Google teased at Google I/O, the ability to interact with Chromecast, so of course we want a new one of those.

Despite only releasing Chromecast version 2 last year, there’s been massive calls for 4K support and with Chromecast Ultra, as the rumoured dongle is rumoured to be called, that will now be possible. We’ll be very happy to see the 4K support with a lot of different 4K capable televisions on the market it would be good be interesting to see this option made available.

Of course in order to make Chromecast Ultra, Google Home and anything else Google wants to announce work, great Wi-Fi will be key. This adds credence to the Google Wi-Fi home mesh network router we heard about earlier this week. The release of these products as a combined release makes sense as a way of ensuring users have high-quality Wi-Fi.

We’re not so sure about watches, tablets or even a Chromebook

In the “rumours have gone cold category” fall a few devices we’d still dearly love to see. Just because rumours are cold doesn’t mean we won’t see them, just that no leaks are appearing.

First on the list are the two Google designed and produced Android Wear devices – codenamed Angelfish and  Swordfish – that spiked up on the rumour radar once but haven’t appeared again. The watches were apparently set for release, but since we haven’t heard anything since our confidence in these is low – but we’d still love to see a set of Google designed Android Wear watches.

The reality is we’re probably less likely to see them; Google would have to be happy that traditional watchmakers are jumping on Android Wear as a smartwatch platform, and given they’re finding a fair amount of success, the call for technology companies to develop their own watches (without a watchmaking heritage) is a little bit diminished. The other product is the rumoured Huawei-built 7″ tablet, the apparent spiritual successor to the Nexus 7s, perhaps a Pixel 7?

Evan Blass has a good track record on rumours, a Huawei exec was quoted as saying they were involved with the Nexus program again this year, and from interactions we’ve had with Googlers, they’re certainly fond of the 7″ tablet form factor. Age and technology has progressed beyond what the 2013 Nexus 7 could offer so we’d love to see a Pixel 7 (and that branding sounds neat, too).

In the not even had a rumour but wouldn’t it be nice category sits anything really, but why not through a Chromebook in the mix. The Pixel Chromebook 2015 has been discontinued, and while a new one has not been rumoured why not through that on the pile too?

When will we see this stuff?

Availability is key for the products, Google has previously released phones here so we’re confident the Pixel and Pixel XL will be released here. Telstra will be carrying one Pixel phone, which we’re pretty sure will be the Pixel XL as an exclusive. This would leave the Pixel as an option for Vodafone and Optus. Of course you should be able to buy them outright through the Google Store online. Expected date for the release here in Australia is October 20th, but we’ll hopefully find out more information on this soon.

We also confirmed with Sundar Pichai himself at Google I/O that though Google Home won’t launch in Australia immediately it will be coming, so there’s that, but we’re waiting on more word from Google after the event. It’s a matter of stay tuned on this one.

Google has been getting better on releasing Chromecast here, but still it tends to lag behind the US in availability so we possibly won’t be seeing that until next year, maybe around March/April – but this is pure speculation based on previous Chromecast launches. But of course we can hope that this will be released here sooner.

If a new tablet were to be released, a Pixel 7 if you will, release here in Australia would almost be certain, and it should be relatively fast to reach our shores based on the speed at which the previous model Nexus 7’s arrived in Australia. Google has previously relied on the retail channels of the OEM making the tablets to distribute them throughout the world and Huawei if they are involved has excellent distribution options here in Australia. We have high hopes on this one if released.

In terms of any watches Google announce, we just don’t know. It depends on the way Google views these devices, we got day one launches of the Samsung Gear Live and LG G Watch, but those were OEM releases. Google branded hardware like the Pixel has started to appear outside the US with the launch of the Pixel C, so we can but hope.

What could this gear cost?

So that’s the rumoured hardware, our thoughts on availability, and now what about potential pricing?

However you shake it, if you’re wanting more than one of these things the likelihood is you’re going to need $1500 AUD as a starting point if you want to use the mesh feature of the Google Wi-Fi, you can add another $250 – $500. Want a watch we could see those retailing anywhere from $399 – $600 AUD and beyond. Longing for a replacement to your Nexus 7? Don’t expect the Pixel 7 to be as cheap.

The Pixel line started life as a premium brand and it looks like Google will continue that trend. One thing is for sure if Google releases half of this stuff we’re in for a great/ expensive few months!

How much would you pay for each of the rumoured Google devices? Let us know below.

That’s a shame if the phones cost that much. I’m not prepared to pay that much for a Google phone because previous Google devices have been disappointing, to be honest.

Which Google devices have you used that have been disappointing? My Nexus 5 has been the best phone I’ve ever had and it’s still going strong almost 3 years later. Chromecasts are cheap and perform wonderfully and the Nexus tablets I’ve had have all been good. I’ve never regretted buying a Google device.

First iteration of the Nexus 7 tablet was awful. And current 5X.

Utterly devastated by the potential pricing for the Pixel and Pixel XL. I have skipped the last two generations of Nexus due to unreasonably high pricing, and it looks like I will be skipping the next iteration too. We are getting further and further away from the almost perfect price points that the Nexus 4 and Nexus 5 had. If I wanted to spend a fortune on a phone, and have a so called “premium experience”, I would have thrown in my lot with Apple back when I joined the smartphone boom. What is so wrong with expecting a phone… Read more »

If you want a phone under $500 you have plenty of options on Android. You don’t with iOS.

If you want a flagship phone you need to pay flagship prices.

To most people google had it right when they delivered flagship phones at reasonable prices. If you are looking over $500 then you are basically looking at pure profit.

Nexuses weren’t previously flagship-equivalent phones and were subsidised by Google.

Well the Nexus 5 was a flagship standard for certain, and they weren’t subsidised, they were at cost.

Given that innovation in mobile designs is pretty much over, there is no justification for a flagship having more costs, or more profit, than a Moto G. BoM differences are less than $100; so take the MotoG cost, add $100 and cap it there.

Shut up and take my money, Google!

Watches, Home and Tablet please, in that order.
I’m worried I’m going to be very disappointed by the absence of all these items in Australia.

The iPhone only got water proofing this year and yet it’s always been priced high. It’s also not the clear phone camera leader anymore with many Androids matching or out performing the iPhone.

The Pixel will bring high end hardware and Google’s version of Android. It’s something I’ve wanted for years. I absolutely can’t wait.

Well to your first point, the estimated prices likely reflects the fact that the Pixel phone is going to be marketed as a high end Android device to match the iPhone and Galaxy S. You can’t go complaining last year’s Nexus phones don’t have the same resale value as an iPhone when we’re actually talking about the Pixel. They’re different product categories. What point are you trying to make? And yes, while the 6P has high end hardware I think in many ways it was a bit of a test run for what Google is doing with the Pixel this… Read more »

OK, if they are launching a merged ChromeOS and Android, the likelihood of something to run it on goes way up. I would personally expect a *range* of tablet/2-in-1s launched, from 7″ through 10″ to 13″. That would make more sense than just a 7″ tablet, particularly if even the small size ran the hybrid OS. If those prices are true and the result of you knowing something, they are obviously way too high (particularly the Home and Ultra). Pitching the Home at $99 makes much more sense – but this IS goggle. I’d also expect the other devices to… Read more »

The FCC doesn’t suppress documents, however you can lodge them on announcement day like Apple does. If the FCC gets a document it goes on their register, it may be held for confidentiality but you can at least see it was lodged.