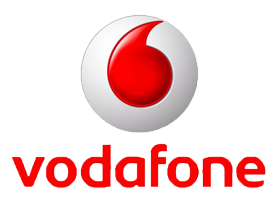 For those not aware, Vodafone Australia had an unfortunate outage the other night, affecting data, voice and SMS services for users on their network. The outage wasn’t terribly long, but did affect customers and to make up for it Vodafone is offering 2GB of data for all their customers.

The outage on Sunday night was caused by a router malfunction in the Vodafone network, which basically caused a loss of service in the 4G network, with customers switched to the 3G or 2G network with the added congestion on those networks meaning some users were unable to access data, voice and text services. The issues were resolved completely by 11:30am, though most customers were back up and running by 1:30am.

So, it wasn’t a huge outage, but it did happen and Vodafone wants to make up for it. Rather than an open slather type arrangement of allowing people to download as much data on one day, Vodafone is opting to simply give each Vodafone customer 2GB of data which they can use however they want.

The 2GB is, Vodafone says, more than 50% above the monthly average data use for their customers. Vodafone will be getting in touch with customers to advise full details, but essentially post-paid customers will have 2GB of data applied to their account in either October or November, while Pre-Paid customers will receive a one-off addition of 2GB to their accounts when they recharge at some stage in October – Vodafone will advise more on this later.

There is one limit on the offer, the data is only for use within Australia – that’s pretty fair. Once the data credit is applied, you should be able to track it through the MyVodafone service on your account.

There’s been many complaints from people about the way Telstra handled their ‘free data days’ in the past, complaining that the open slather style approach simply encouraged a highly congested network for a day, on a day when the extra data didn’t really make up for the loss of business. With the Vodafone outage occurring mostly outside of business hours, this addition of data for customers to use whenever they want is, in our opinion, a better way of doing things.

Do you prefer this way of doing things? Should Vodafone instead have an open slather type day to make up for their outage?

My phone seemed to be OK but my tablet wouldn’t connect. I’ll happily take the extra 2GB 🙂