Colours, colours, colours, what happens when you mash up a rainbow and a dictionary? Technology colour names that’s what. That’s where we get things like Midnight Black, or Polar blue. So what colours are the new Pixel phones going to be?

In their original leak Android Police spoke about a Grey and Black version of the phone, as well as an ‘electric blue’ version of the phone. While that has now changed, the names are apparently taking shape to be a Silver, Black and Blue options, with Google choosing the names very silver, quite black and really blue….at least according to Android Police’s David Ruddock:
https://twitter.com/RDR0b11/status/780457582741762048

We could even see more colours, with Google previously having great success with the brilliantly red Nexus 5, but we’ll just have to wait and see. Unfortunately, we don’t have any images to go along with our new fancy names. It’s 8 days now until Google’s big hardware event, so we’ll fix that issue then.

I like Midnight Blue on my Moto nexus 6. Makes me think of a couple of drunks coming home from the pub late at night to have an a loud argument that disturbs their neighbours. Midnight Blue.

We’ll Really tell you Very Quietly? Apart from that not making sense, what’s up with the random caps?

The Nexus 5 was a bit orange. A real red would be nice.

Reminded me of the doge meme. 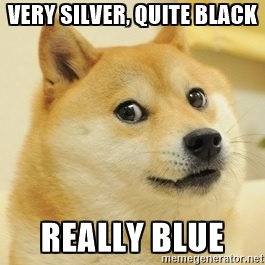