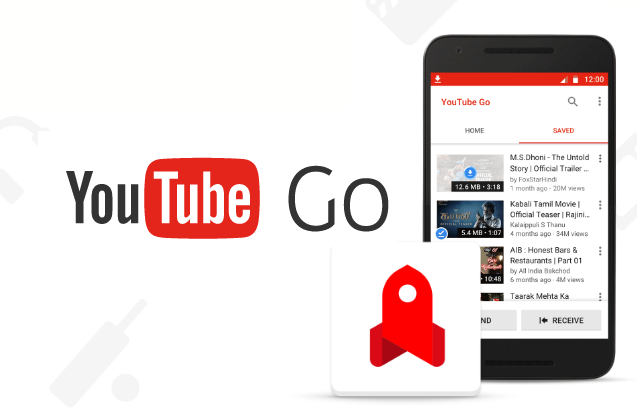 In recent times, Google have been pushing their products towards the next billion users, making them more user friendly and accessible for larger, less developed markets. Following this path they have released a new YouTube app called YouTube Go, designed primarily for users with slow/less data.

YouTube developers have been touring India with this new app in mind, collecting ideas and sharing prototypes with users over there. It has resulted in a new YouTube app, designed from the ground up that’s “faster, more relevant, and more affordable, with innovative new features”.

YouTube Go is what the YouTube developers term “relatable”, meaning that the interface and video recommendations are made for you. It is designed to be offline first and somehow work with low or no connectivity. This low data usage also makes the app cost effective using little of your data but also telling you how much it is using each time for each video, unlike the current YouTube app.

Rolling out in India now, the app will be gradually introduced to more countries in the coming months, with a much wider (and hopefully including Australia) launch coming early 2017. Head on over to the signup page to be one of the first to find out when the app is released to the rest of the world.