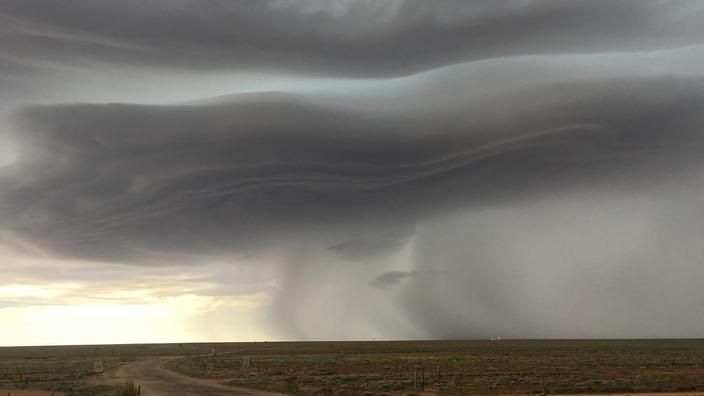 In the wake of the devastating storms that swept through the South Australian countryside this afternoon bringing hail and rain, all three Australian carriers are warning that outages may affect their mobile networks.

On their blog, Optus has advised customers in South Australia that cell coverage may begin to be affected by power outages caused by the largest storm to hit the Southern State in many years. All towers have backup generators, however, the size and potential duration of some of the outages could mean the generators will not be able to be maintained in all locations.

Power is now beginning to be restored to some areas, and hopefully, full cell coverage will remain in these zones. Optus will get power restored as soon as is safe and on a maximum benefit prioritisation basis.

Telstra is advising customers via Twitter that the outage will affect services if their generator infrastructure fails:

•Our fixed services infrastructure relies on electricity. When the main supply of electricity fails, our sites typically 1/2

have battery backup or generators, however these aren’t designed to maintain services for extended power outages. -Dan 2/2

Vodafone too has made an announcement via their Twitter channel:

Our engineers have tuned the network to maximise coverage, which may impact data speeds in favour of wider voice and text coverage. (2/3)

We apologise for the inconvenience, and anticipate that services will restore once power services are back up and running. (3/3)

Having mobile coverage can be both life-saving and very calming during these natural disasters, with information coming in over the airwaves you can be better-informed ad feel less disconnected.

We wish everyone in South Australia a speedy recovery and hope that everyone is safe.

Amazingly, never even noticed an interruption with Optus

It was a weird sensation to be essentially without any network connection for a couple of hours (Virgin) and then it was pretty crappy until power came back. Usually if I lose the NBN I have 4G on my phone as a backup but not today. Hell, I couldn’t even make phone calls for a time.

Hope you’re all safe and powered back up now.