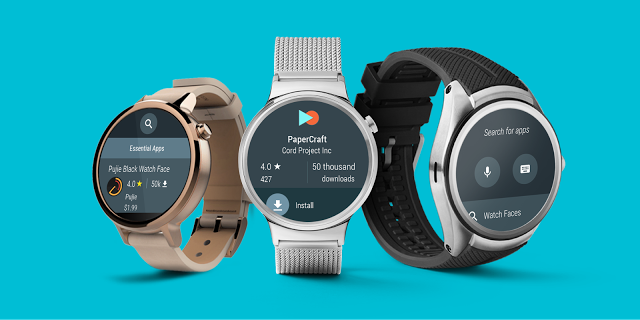 The big news in Dev Preview 3 is the introduction of Google Play which Google says is in response to developer feedback that they want Android Wear apps to be more discoverable. With the Google Play Store installed on the watch, users can ‘browse recommended apps in the home view and search for apps using voice, keyboard, handwriting, and recommended queries’.

Under Android Wear 2.0, there will be no need for an app on the phone, giving you a choice to leave the phone app off. Users can use multiple accounts on their watch when browsing Google Play as well as ‘be part of alpha and beta tests, and update or uninstall apps in the “My apps” view on their watch’.

The delay of Android Wear 2.0’s launch until 2017 is pretty big, meaning it’s unlikely we’ll see anything Android Wear shaped announced at their October 4th event. The official line from Google on the delay is ‘We’ve decided to continue the preview program into early 2017, at which point the first watches will receive Android Wear 2.0’.

We’ll be testing out the new Dev Preview 3 today and see how it runs.

Are you running the Android Wear 2.0 Developer preview?

Oh no! I was waiting for the google watches on Oct 5th.
Looking like Gear S3 may be my next smart watch then.

That’s looking like the pick of the crop, isn’t it?

Tossing up between the Gears S3 and the Huawei Watch.
Speaker is the must here. The 3-4 day battery life on the Gear S3 is swaying me tho. Just hope I can still control media like videostream. And Netflix etc through the Gear S3.