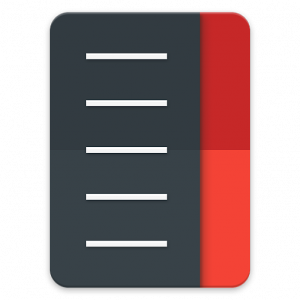 Ahead of the rumoured launch of the ‘Pixel Launcher’ on some dedicated Pixel hardware this week, Chris Lacy has today released an update to Action Launcher 3, bringing support for Launcher Shortcuts.

Launcher Shortcuts are not officially announced as yet, but use long presses, or with the right hardware like pressure sensitive touch screens, to access app functions from an app without going into the app first. In Action Launcher 3, Chris has named this feature ‘Quickcuts’ and they look pretty neat.

As an unannounced feature, there’s not a lot of apps supporting Quick Cuts or Launcher Shortcuts yet – notably mostly Google Apps like Google Photos, Play Books, Play Movies & TV and Play Music are the main ones. To find out which apps installed on your device support Quickcuts, just tap the text under the “Quickcuts” settings.

Once you have the latest Action Launcher 3 update, simply swipe down on a compatible app to access the Quickcuts menu:

The list of apps that support Launcher Shortcuts and by extension Quickcuts will grow once Google officially announces it. If you’re a developer and want to get in early, Chris has laid out how to implement them on his site – theblerg.net.

The update is live in Google Play now for anyone who wants to try it out.

Works well, great concept. Would love to have my own custom QuickCuts though – i.e. Play Music to have a quickcut to my playlist, or my kids playlist.
I have noticed quickcuts don’t work after i set it up, or duck into the icon options, and then shutters don’t work either. It’s like swipe doesn’t register. But great concept! AL3 is my daily driver anyway, so no complaints.