Whether it’s getting away from it all on a camping weekend or getting caught unawares by a power blackout, we all like to have backup power available. One possibility for people is PLUG, a project on IndieGogo that offers to charge just about any of your electronics.

PLUG offers a bunch of power, up to 48,000mAh of power in fact. It’s a big unit, but the pack lets you plug in almost anything you want from a full AC-Power plug (2 in fact) to USB-A (2 of those) or a USB-C connection. The AC Power outlets support international plugs including Australian plugs.

PLUG can supply 250Watts of power, basically it’s enough to power your laptop, a games console, your phone, a TV or even a mini-fridge. 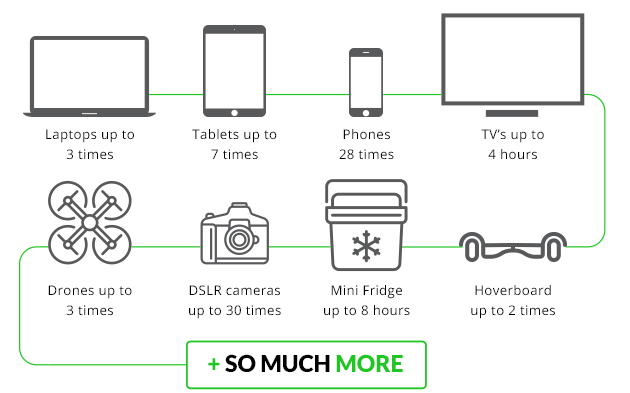 For the environmentally conscious the PLUG can also be charged using a Solar Power Cell, with the cell able to supply a full charge of the pack in 8 hours. If you just want to plug it into a wall, you can do that too – although you’ll need an adapter.

PLUG is fully funded on IndieGoGo now, and ChargeTech has previously come through on a previous battery project. A single pack starts at $199USD, with a PLUG with Solar panel starting at $349USD – you’ll have to pay additional shipping charges on top.

If PLUG sounds like something up your alley, head over to IndieGoGo and check it out.