The Xiaomi Mi Box first showed up at Google IO 2016 to much interest. The sub-$100 4K HDR capable Android TV device was the first new hardware we had seen in the TV space for a while. Following that the device showed up on shelves in the USA briefly before the stock was removed.

In a tweet today, Hugo Barra formally announced the availability of the Mi Box in the USA.

The device will initially be available online at mi.com for $69 USD (approximately $90 AUD) quickly followed by retail availability in Walmart. I happen to be on the Caltrain heading to Walmart right now, so we will let you know if it is on store shelves.

The Mi Box looks like a great platform to get into Android TV, with a voice control remote included in the box as well as support for Bluetooth gamepads, which of course Xiaomi has for sale as an accessory. 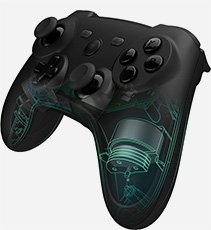 There’s no news on any potential official Australian availability, at present it’s showing as unavailable. We’re doubtful that it will officially come to Australia. However, for those who want to try out the English language version of the Mi Box there are…. ways.

Are you going to get a Xiaomi Mi Box? Let us know below.

There are…ways? Will the one sold in the US work in Australia? I have family that can post me one. Is it geolocked?

Seen a couple of reviews on this that seemed like a total buzz kill…. pity

Yeah, seems to be incapable of actually playing back x265 at 4K, which is the point.

If they can’t fix that in software, its a dud.

Sounds like a fantastic device.
Since you’re already there, will we be seeing some units at Ausdroid Store when you get back?