So its certainly has been a busy time overnight for the team here at Ausdroid with everything that Google has announced overnight at its #MadeByGoogle event. There certainly has been a lot announced, so we thought we should create a small list of what was exactly announced so you’re right up to date without the need to trudge the Ausdroid site looking for the exact post your after.

So without further ado, here we go folks: Google has announced that its AI assistant which was first used with Allo and has been embedded with the new Pixel and Pixel XL smartphones from HTC & Google, is about to get more interactive, and Google is expanding the capabilities of the Assistant with partners – You can read more about how Google AI will eventually come to more services in the future right here. 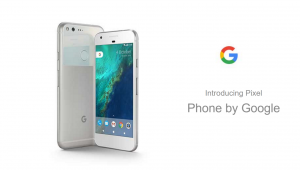 During the same event, Google has announced its new premium smartphones in two different sizes (which we already somewhat new prior to event thanks to the many leaks in the days, weeks and months prior to the event) called Pixel and Pixel XL which you can read more about the new smartphones right here.

There has also been news on who will be both the exclusive retail partner here in Australia, being JB Hi-Fi and the exclusive Telco partner – Telstra, with pre-orders now being taken also online through the Google website shop, JB Hi-Fi and Telstra combined.

There is also a list of what accessories will be available to the new Pixel and Pixel XL which you can also read about here.

You can also watch Jason’s video intro into both the Google Pixel and Pixel XL here.

Let’s Daydream away with Google Daydream We also have Google’s other latest accessory, called Daydream View, which is a headset and a controller that enables you to watch video’s and movies from Google Play Movies and TV, Google Photos, Google Maps and of course YouTube. You can read more about Google Daydream View and Controller right here. Next on the list is Google’s newest home WiFi Router which has been designed to be expandable to deliver faster throughput to every corner of your home, no matter the size. You can read more about Google WiFi and home Router through this link right here. We’ve also got Google’s newest service which was announced all the way back in May at Google I/O called Google Home – a new competitor to Amazon’s Echo – and is sort of like an extension of your home WiFi essentially, which utilises Google Assistant “at its core”, which will enable it to provide information from the Internet to the user and so much more. You can read more about Google Home and what it offers through this link here. Google announced the next generation of Chromecast called Chromecast Ultra, which offers a premium streaming experience with streaming of up to 4K UltraHD with HDR and Dolby Vision support. You can read more about the new Chromecast Ultra right here.

I’m probably in the minority here (based on the comments), but I was very impressed by the hardware google launched, and pre-ordered a pixel shortly after the livestream ended. The system integrated assistant, unlimited full res cloud photo storage and future daydream stuff were the main selling points for me. Other stuff is just a super nice bonus. I like the design (Quite black), and the fact it has a brilliant camera is really just the icing on the cake. I guess people will say that they were expecting a cheaper price point or a how the design sucks, but… Read more »

Google Store Financing is not available outside USA.

It’s almost comical that they think these prices are realistic. No removable storage, no wireless charging, nothing new that makes it stand out from the crowd, very bland looking. So glad I went with the S7E.

im an android fan, but this latest launch is a joke. Very few will buy those phones. the majority of people wont even know they exist. google is a joke and apple are killing it. Apple know how to sell. No wonder samsung are looking towards microsoft.

Can we just take a moment to recognise how massively Google have screwed the pooch. This was their big hardware launch, new kit coming out of various orifices, new AI too. Against the lacklustre apple offering this year, this was the chance to make headway. And what did they do? A launch in what looked like the corner of a warehouse, with presenters who’ve no charisma, and copied Jobs for their ‘style’. All the various bits looked disjointed, because they are. Designs that don’t inspire (iphone knockoffs, air fresheners, etc.)The assistant AI is different between each area it pops up… Read more »

I have to say that this launch hasn’t excited me as much as it should have. It comes off as a lot more ‘catch-up to the others’ than it does ‘innovative & new’. This is especially true in the VR space. One of the things that will be needed for better quality VR is screen resolution – but the new Daydream-Ready Pixel phone has lower res than say the S7 that launched at the start of the year. It certainly hasn’t made me want to jump on board the #MadeByGoogle band-wagon. Think I’ll stick to the S7 & GearVR for… Read more »

The price point for the Pixel phones could be a deal breaker. Premium phone, yes, albeit with a very apple price-tag.

Home maybe otherwise google has lost the edge and is just plain boring these days. They are just like apple like they always wanted. Next