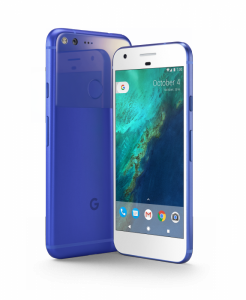 Google’s Android 7.1 release which was announced as being launched on their Pixel phones that were unveiled yesterday will also be heading to selected devices as a developer preview later this year.

The update will be headed to supported Nexus devices, as well as the Pixel C, though whether the Nexus 6 and Nexus 9 – whose platform update support has ended this month according to Google support – isn’t clear.

The Dev Previewupdate will arrive by the end of this year Google has advised Android Police, in line with Google’s intention to release Maintenance Releases – though Google initially advised the first Maintenance Release would arrive ‘this fall’.

Exactly which Pixel features will be brought to Nexus in this update isn’t clear, though several exclusives including the 24/7 Support app and the Pixel Launcher definitely won’t be coming to Nexus. Android Police have advised that the ‘Night Light’ feature will be coming with the Dev preview.

Pixel represents a new focus for Google on their own hardware, so it’s natural that they would hold back some features for Pixel owners. The price tag for the Pixel devices has been somewhat of a shock for Nexus owners, but it seems Google believes that the mixture of high-end hardware and software exclusives are enough to bring users willing to pay the price on board.

So. Really everyone else gets nothing if we can update from 7.0 to 7.1…

Anyone know if the Pixel C will get the Pixel Launcher and/or other Pixel Phone features? Since it’s a Pixel.

I’ve tried the unofficial Pixel Launcher on the Pixel C and I must say I don’t really like it. It’s definitely not designed for tablet use. I would love to have the Google Assistant integration though.

I don’t mind it. I side-loaded it, and it’s pretty cool. I think it looks better than Google Now. But yeah, Google Assistant is way more appealing for me right now.

I wonder what the Pixel C will pick up from the Pixel phones.

This is a strategy to protect the sales of Pixel as they’ve invested a few hundred million. They’re not going to let Nexus owners at it sync make the Pixel look like any other Google stock phone. Chances are, the beta will be stable as because it’s already”finished” and running on Pixel

This leaves a bad taste in my mouth.

7.1 Is either stable enough to be released as soon as the Pixel device is released, or it needs more time and Pixel users will beta test it.

Either way, Google is intentionally or unintentionally creating more fragmentation in the market and keeping the latest version exclusive to their phones for a period of time. Conflict of interest?

who
Reply to  Damon Lewis

Technically it would be creating less fragmentation as less people will have 7.1

7.1 may be installed on the Pixel, but that doesn’t mean it’s ready for say, the Nexus 6P. Compatibility takes time and effort.