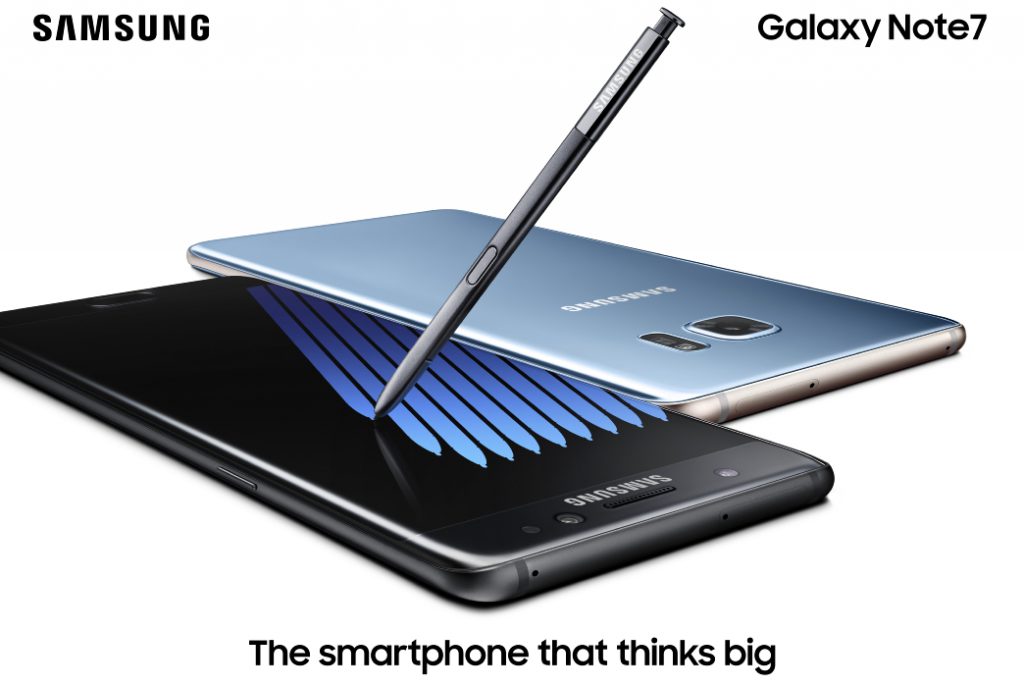 Samsung’s woes with the Galaxy Note 7 are continuing after the handsets were supposedly replaced with ‘Safe’ handsets around the world with reports of at least 4 handsets going up in flames.

These reports are in addition to the incident which occurred on the South West Airlines flight last week, with Note 7 handsets in the US in Kentucky and Minnesota, as well as in Taiwan and Samsung’s home country of South Korea reportedly bursting into flames.

In Taiwan, a woman named Lai apparently noticed her replacement handset which she picked up just 10 days ago started smoking while she was walking her dog. Lai waited for the smoking to stop before picking up the handset and returning to work. In this instance, Samsung Taiwan is apparently trying to reach the customer.

In South Korea, the incident isn’t as well documented, took place at a Burger King was caught on video. A reddit user added a description:


In October 8th (Korea), Samsung Galaxy Note 7 caught fire at Burger King at Hyundai Outlet mall in Songdo, Incheon, South Korea. A witness said that the device was on the table and it caught fire by itself without visible interaction. It is not confirmed if it’s a replaced product or not. No information about the owner and Samsung’s statement.

The incident in Minnesota involved a 13-year old girl who swapped her Note 7 on the 21st of September according to documents supplied to 5 Eyewitness news. In this instance, the user, Abby Zuis said ‘she felt “weird, burning sensation” in her thumb while holding her Galaxy Note 7 Friday afternoon. The phone, which has significant smoke damage and burn marks, melted the protective cover’.

Samsung has apparently issued a statement on this stating:

We want to reassure our customers that we take every report seriously and we are engaged with the Zuis family to ensure we are doing everything we can for them and their daughter.

Finally in Nicholasville, Kentucky in the US, Michael Klerin and his wife awoke last Tuesday to a room filled with smoke and a hissing sound that turned out to be his Galaxy Note 7 which was replaced less than a week ago.

According to WKYT, Mr Klerin reportedly attended a hospital later in the day after inhaling some of the smoke and vomiting. The handset was later X-rayed by Mr Klerin at Samsung’s expense after he refused to hand over the device. Mr Klerin believed that Samsung were attempting to help, but the incident has further been exacerbated by a text message Mr Klerin claims he received which said
‘Just now got this. I can try and slow him down if we think it will matter, or we just let him do what he keeps threatening to do and see if he does it.’

Chris discussed the whole situation this morning and whether the brand is recoverable at this stage raising many valid points on the future of the Note series handsets.

The wide-spread incidents across multiple countries does indicate that the fault could lie with multiple batches, but it will take further investigation by Samsung to narrow down exactly where the fault lies.

At this stage, we’d recommend taking precautions with your Galaxy Note 7. If it were my phone I’d power it down and wait further information from Samsung before proceeding.

We imagine Samsung Australia is awaiting news from abroad before commenting locally. While there are no new incidents reported in Australia since replacement devices  went out, the news of further incidents in other territories will be troubling for the already embattled company.

If you have one, take it back while you still can.

It’s like the phones are on some sort of timer. It takes one to go off and whole lot follow in quick succession :). If only the pixel phones were more widely available Google could really capitalize on these developments.

Samsung should just pull the plug on this toxic shitfest.
Just focus on making the S8 the best mobile phone mankind has ever seen.

Yup, pull the plug completely and focus on the Note 8

Time for Samsung to pull the phone from retail.

To much reputational damage to the phone now. Unrecoverable.

My advice is kill note 7. Recall all the handsets and burn them, start note 8 from scratch. No matter how much they fix, media and greedy people will still find way to bash samsung and make money
Why doesn’t media wait till lab report comes before judging the company. ??

Yeah this is part of the problem. The media jumps on board without the tests from Samsung first.
I think I read the Jeep catching fire incident, and the Kid incident were not the phones fault (and the latter was actually a galaxy core prime with after market battery).

I won’t make judgement until I see facts not hearsay, it says in the above article that one customer refused to hand over to Samsung for testing, what has he got to hide? And have we got definitive proof that these were new devices and not old stock misplaced.