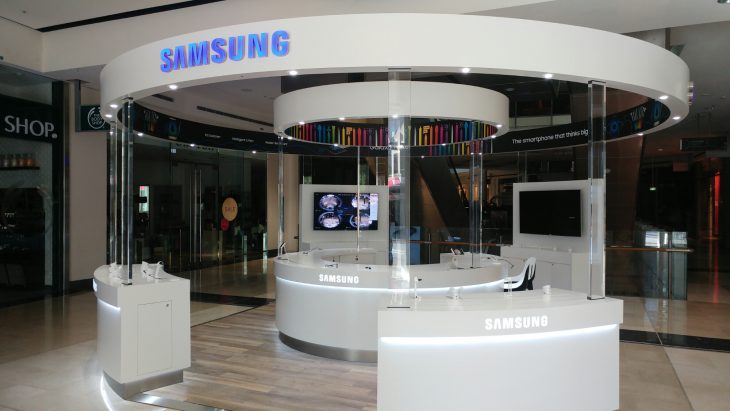 It’s been rumoured for a few days, and now it’s finally happened. AT&T has stopped exchanging Note 7s for the new safe Note 7s in a move that is almost certain to signal an acceleration in the Note 7’s demise. AT&T had already halted sales of the embattled handset (as we’ve seen locally, too — you can’t buy one at the moment), and now they’ve decided to stop giving out the new ‘safe’ Note 7′ as well.

The company gave this statement to the US press overnight:

Based on recent reports, we’re no longer exchanging new Note 7s at this time, pending further investigation of these reported incidents. We still encourage customers with a recalled Note 7 to visit an AT&T location to exchange that device for another Samsung smartphone or other smartphone of their choice.

Since the safe Note 7s started reaching customers towards the end of September, there have been a number of reports (confirmed to various extents) of the devices simply failing the same way as they did before the recall, as we reported last night.

A further report has come in, this time from Virginia. The Verge reports that a man found his replacement Note 7 in flames, filling his bedroom with smoke early in the morning. He provided a receipt and other imagery to the Verge to corroborate his story.

There are not, as yet, any reports of replacement Note 7s in Australia breaking down or catching fire. However, we’re seeing this happen with increasing frequency in the US, and unless Samsung is using significantly different internals in Australian models, it’s at the very least plausible, if not likely, we’ll see it happen here soon.

If you have a Note 7 and you’re worried about the safety of it, it’s time to take it back to your place of purchase and ask for an exchange or a refund. All four carriers in the US are actively promoting this, and though that isn’t the case here, it doesn’t seem likely you’re going to face too much of an argument.

The Verge reports that Samsung has halted shipments of the replacement models to Telstra, according to an internal Telstra memo provided to them.

Rest in peace to the galaxy note line. It’s a shame too, as they’ve typically been great phones.

I don’t think the whole line is dead. The Note 7, however, is beyond saving and Samsung needs to take it out the back and shoot it.

It’s also worth noting that Android Central is withdrawing their recommendation of the Note 7 – such is the escalation of these issues.

Given that these replacements were supposed to have new batteries, it would seem that the problem HAS to be with the phone. Be it hardware structure or hardware electronics, its not something that’s going to be quickly fixed (since they obviously didn’t diagnose it correctly first time round).

Time to give everyone a refund and move on – the Note 7 is an ex-phablet.

I think it’s unlikely to be anything other than the battery, only it’s not so much a manufacturing defect (as Samsung claims) as it is a design defect. It doesn’t so much matter where the battery is made, nor who makes it, if they are made to the same flawed design. I wonder if this debacle will affect Samsung electronics more or less than Samsung SDI. Samsung SDI design and supply batteries like this to (nearly) everyone, if they fail to make it safe twice, how could other OEMs trust them to supply safe components for their own devices, equipment… Read more »

Samsung is handling this so bad this time by not being on the front foot….. Just read that t-mobile is also in the process of stopping sales. What’s even more alarming is that this time phones are just randomly catching fire as opposed the first instance where they had to be on the charger.