Home Mobiles Samsung is giving Galaxy S7 users a taste of the Note 7... 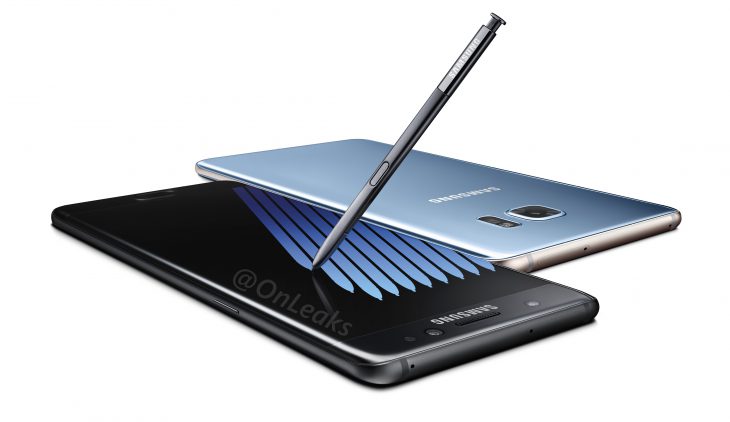 While Samsung has killed off its phablet flagship device, the Galaxy Note 7, reports are starting to come in from Galaxy S7 and S7 Edge users saying that Samsung is releasing software updates that include at least some features and software that Note 7 had.

The update, which supposedly brings the Note 7’s always-on display features and certain customisation features has appeared on devices in the USA. However, some users are reporting broken features in the initial release; getting notifications from Samsung’s own email app may not work, for instance.

Whilst the update isn’t bringing with it all the features the Note 7 had, because lets be honest, most did require an S-Pen (which the Galaxy S7 and S7 Edge sadly don’t have). That said, it does make some sense given users are getting a choice to obtain one of the S7 range of devices as a replacement for their Note 7.

Locally, it looks like our three telcos don’t have this software update in their testing pipelines, but that’s not to say the update won’t come here eventually. We’ve asked Samsung for more information about this and we’ll come back to you.

hope they bring the “gif’ feature down, while it was touted as a S pen feature… really doesn’t have to be.

Let’s hope they bring the same S pen features to the note 5. Who is going to buy a new Samsung model phone. As they don’t know why they were blowing up maybe people will wait for 3 months to make sure new models are safe.
Hopefully Samsung start pleasing get existing get customers more by bringing faster updates and back porting features to older phones.

If they start doing this then it does raise the question as to why this isn’t already included in the S7 range if they can clearly support it.

he actual capability has always been there, it’s just an expansion of options…I think that it has been developed ( and will likely continue to be ) over time… so back 8 months ago when the S7 E was released, it had little development on it… over time they included more into it – obviously focused the release on the new phone ( note 7 ) to help distinguish it…I would say they were always going to filter it through to S7… perhaps just happened a bit more quickly with the Note 7 inferno..

S7 Edge owner with Optus locally – I received an Always On Display update a couple days ago via Samsung Galaxy Apps, and this morning a software update of about ~18MB containing nondescript performance improvements. No notable feature changes I have noticed to this point. Bigger update must be incoming with 7.0 one would assume. Cannot find a detailed changelog of the software update performed today.

Same here. Goto the Galaxy app store and it’ll update through that. No need to wait for a full software patch.

your system update will be the september security patch I would think – got mine early last week and I have the retail stock ROM.

Give it 6 months or more to float across the bigpond.

it’s via the samsung app store.. not a system update so you can get now.