Home Mobiles Samsung Australia gives us an update on the Note 7 and air... 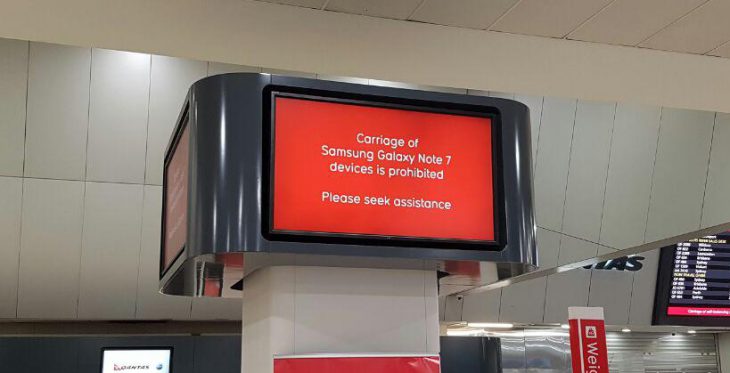 Unless you’ve had your head buried in the sand over the last few weeks you will have heard about the cases of the exploding Galaxy Note7’s. On October 12, Samsung Australia recalled all Galaxy Note7 devices within Australia. Recently we have also seen them banned on all flights in the US as well as Qantas and Virgin flights in Australia.

A couple of us Ausdroiders caught flights over the weekend and separately we noticed the large amount of attention paid to the Galaxy Note7 by the airlines in the form of notices and announcements. Not only that, but Samsung Australia are also trying to do the right thing by Galaxy Note7 owners and at some airports have now stationed Samsung employees to aid users.

A spokesperson from Samsung Electronics Australia has today continued to reiterate that customers who have a Galaxy Note7 should power down their phone and contact their original place of purchase for a remedy and can elect either an exchange or full refund for their Galaxy Note7.

The company has also recognised that:

Multiple airlines have prohibited the carriage of Galaxy Note7 devices on-board flights, both international and domestic, for both carry-on and checked baggage. Airline passengers will not be permitted to take a Galaxy Note7 on a flight, either switched on or turned-off.

At Sydney Airport (Kingsford Smith Airport), Melbourne Airport (Tullamarine Airport), Brisbane Airport, Canberra Airport, Adelaide Airport, Perth Airport and Gold Coast Airport Samsung Australia have set up customer service points where customers unaware of the Note7 ban on flights — and who have not yet obtained a different device — can arrange an alternative device at the airport. These customer service points are open from 6pm to 8pm (local time) and are located before security screening (Canberra will operate from 6am to 6pm only). Samsung Australia are continuing to work with various airports to set up additional customer service points which will be regularly updated on their website. Samsung Australia have once again acknowledged that this ban of the Galaxy Note7 on flights is an inconvenience to their customers but obviously safety has to remain their top priority and they apologise for the inconvenience.

We will keep you updated as we obtain any new information on the Galaxy Note7 debacle. Let us know in the comments below if this Galaxy Note7 ban on flights affected anyone here?

Flew to Hong Kong on the weekend, and coming back they said no Samsung note 7s to be taken on board. Had about 4 checks, at check-in, at customs, at boarding, and again when seated on the plus. Plus announcements every 5 mins over the PA at the airport.

Overheard so many people saying, “I have a Samsung 7,is that me as well?” and they had the S7/edge. 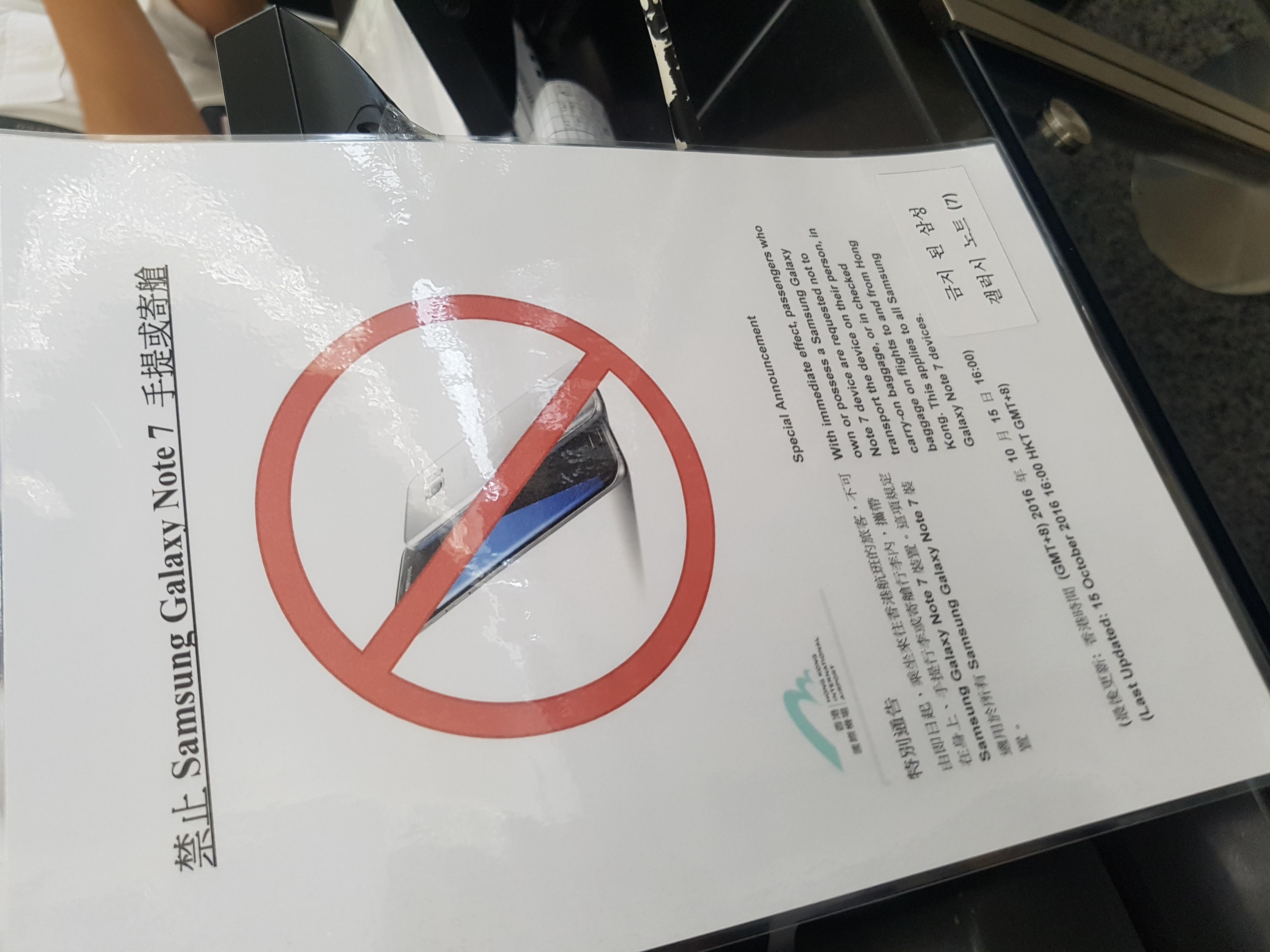 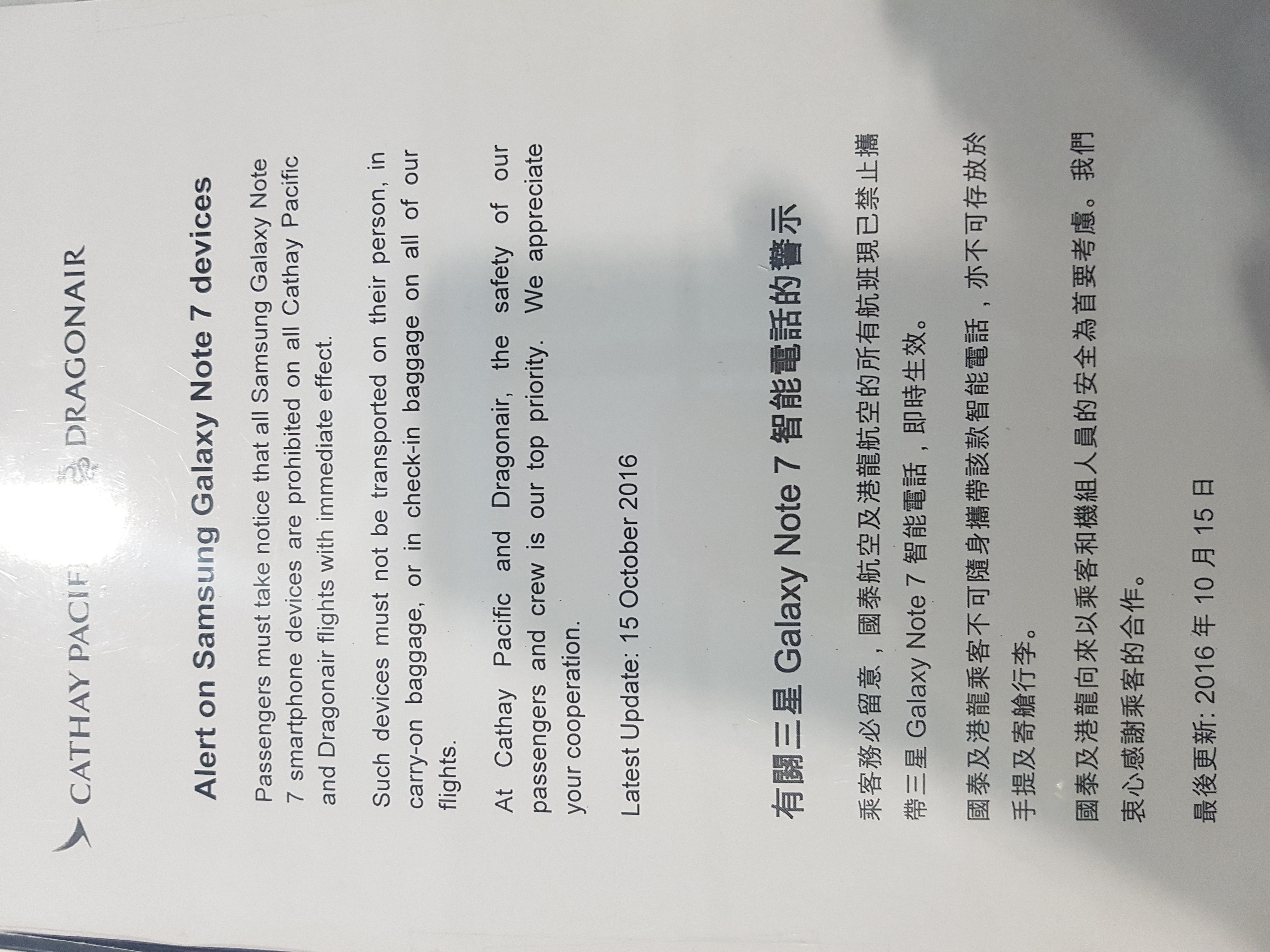 Really…. still going ….. Why have not Samsung pushed out an update to shut the thing down or make the screen show only RETURN THIS DEVICE.

Or at the very least a persistent notification…