It’s an unfortunate fact that every year people lose their lives at the beach, and Surf Life Saving Australia was specifically started to address that problem. In a new partnership between Samsung Australia and SLSA, the pair have released a new Android app designed to help beachgoers identify hazards and stay safe. According to the SLSA, 69% of Australians can’t identify a rip current making them the biggest killer on the beach.

Released by Samsung Australia, Pocket Patrol uses augmented reality to superimpose the location of hazards that on-duty surf lifesavers have identified. The app will show swimmers the location of rip currents along with other hazards like submerged rocks and shallow sandbanks.

The app is currently being trialled at Coolum Beach and Alexandra Heads Beach on the Sunshine Coast between the 22nd of October to the 12th of November 2016. If you’re heading down to the beach there, download the app and try it out for yourself.

If you are at either of the beaches you may want to stop by the Pocket Patrol tents and check out a VR experience of being trapped in a Rip Current. If you’ve not likely to get there you can check for the experience below.

This is a great initiative and if the app can increase community awareness of beach safety or even save a life, I can’t think of a better use for a smartphone. 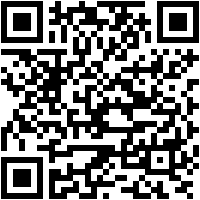