We’ve said it before, and we’ll be saying it again deep down in their Mountain View hearts, Google is whimsical. Perhaps since the Alphabet restructure they may have become a little more business focused, a little less daring and cut back on some of their more out their ideas. But then Google shows it’s true whimsical self, and I can think of few better examples of that than the most recent update to Android Pay.

An update you say? What did it bring? NFC watch payments, No. Support by all of the major Australian Banks (good one), No. IT gave us Bats, cats, pumpkins and general all round spookiness. We reported a little while ago about the payment animations that Google had added to the App, it seems that in celebration of Halloween the team at Android Pay have given those animations a little facelift.

So far we have only discovered 3 of them, just like last time, check them out below.

It seems that we may be treated (hopefully not tricked) with a little Android Pay holiday whimsy several times a year, just looking ahead we could see Google adding a little more spice at Christmas, stocking our baskets at Easter and you never know perhaps it will be localised to other important days like Bathurst, I mean Australia Day.

Thanks to our Ausdroid readers we have indeed discovered more ghastly and spooky Android Pay friends.

Update 3: and another one.

If you’ve got the Android Pay app and you see a different animation be sure to snap us a screenshot! In the meantime get back to tapping. 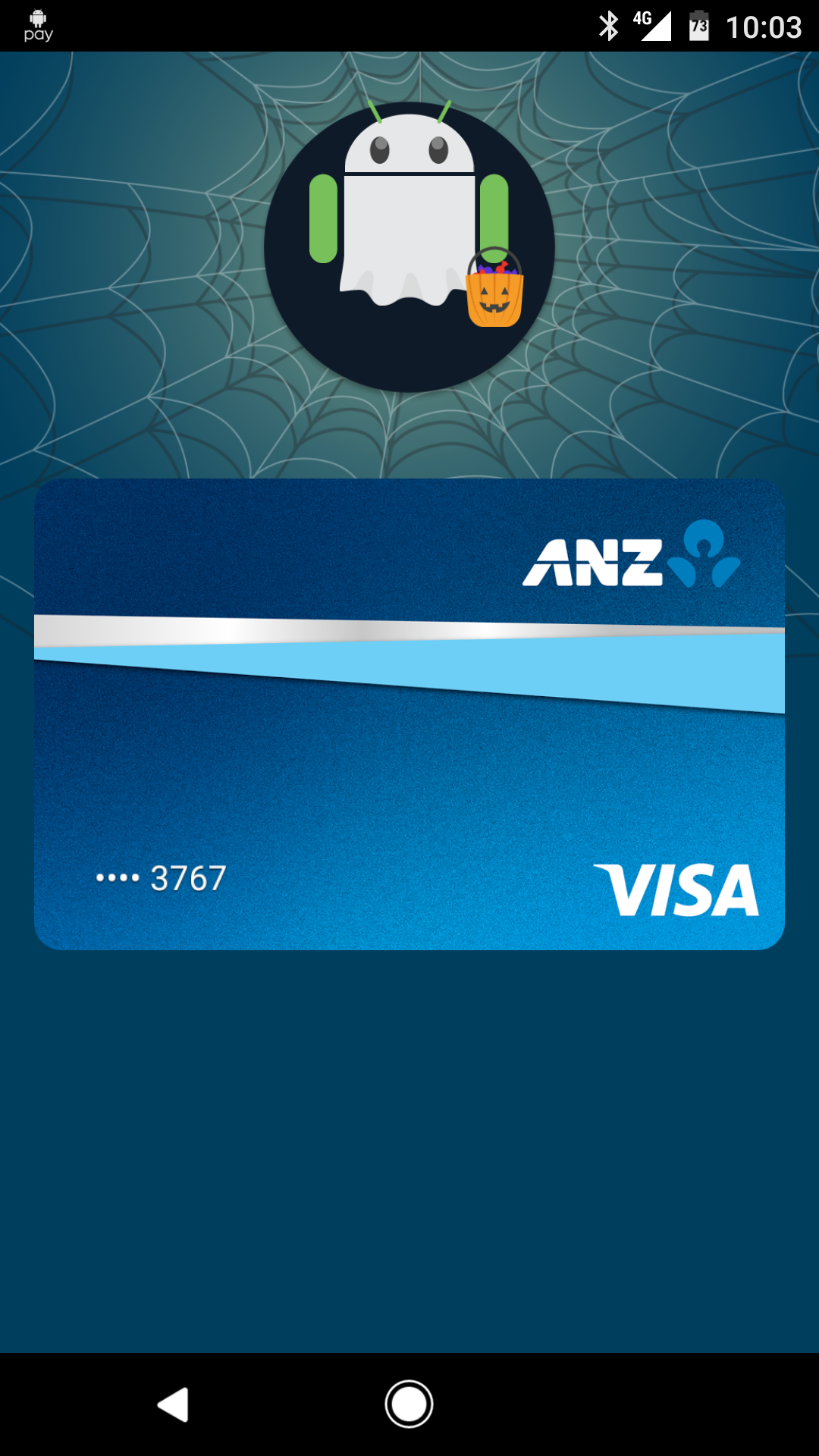