Ausdroid reader TT has drawn our attention to a defect he observed with his new Pixel XL from Google, which you can see in the photo above. It might not be clear, but let us point it out to you; in the top right corner where the white casing meets the aluminium framing, you can see that there’s a small gap. It doesn’t appear to be large, possibly not more than a couple of hair’s thickness, but none the less it’s there, and it’s annoying.

TT isn’t alone; users have taken to Reddit and XDA to voice their concerns, and at least in TT’s case, he was able to obtain a RMA (returned merchandise authorisation) to send his phone back to Google in order to obtain a replacement without the defect.

This isn’t the first instance of issues with the Pixel XL that we’ve seen. Our own Scott Plowman noticed issues with the oleophobic coating on his phone, observing that the top of the front face (basically where the screen ends and the top bezel begins) was missing the fingerprint-resistant coating, and was thus looking very unpleasant. Scott, too, was able to obtain an exchange from JB HiFi where he purchased from.

Are we seeing a significant number of manufacturing issues, or are more simply coming to light because of the relative popularity of Google’s phone range? My guess would be the latter.

Have you noticed issues with your Pixel or Pixel XL? 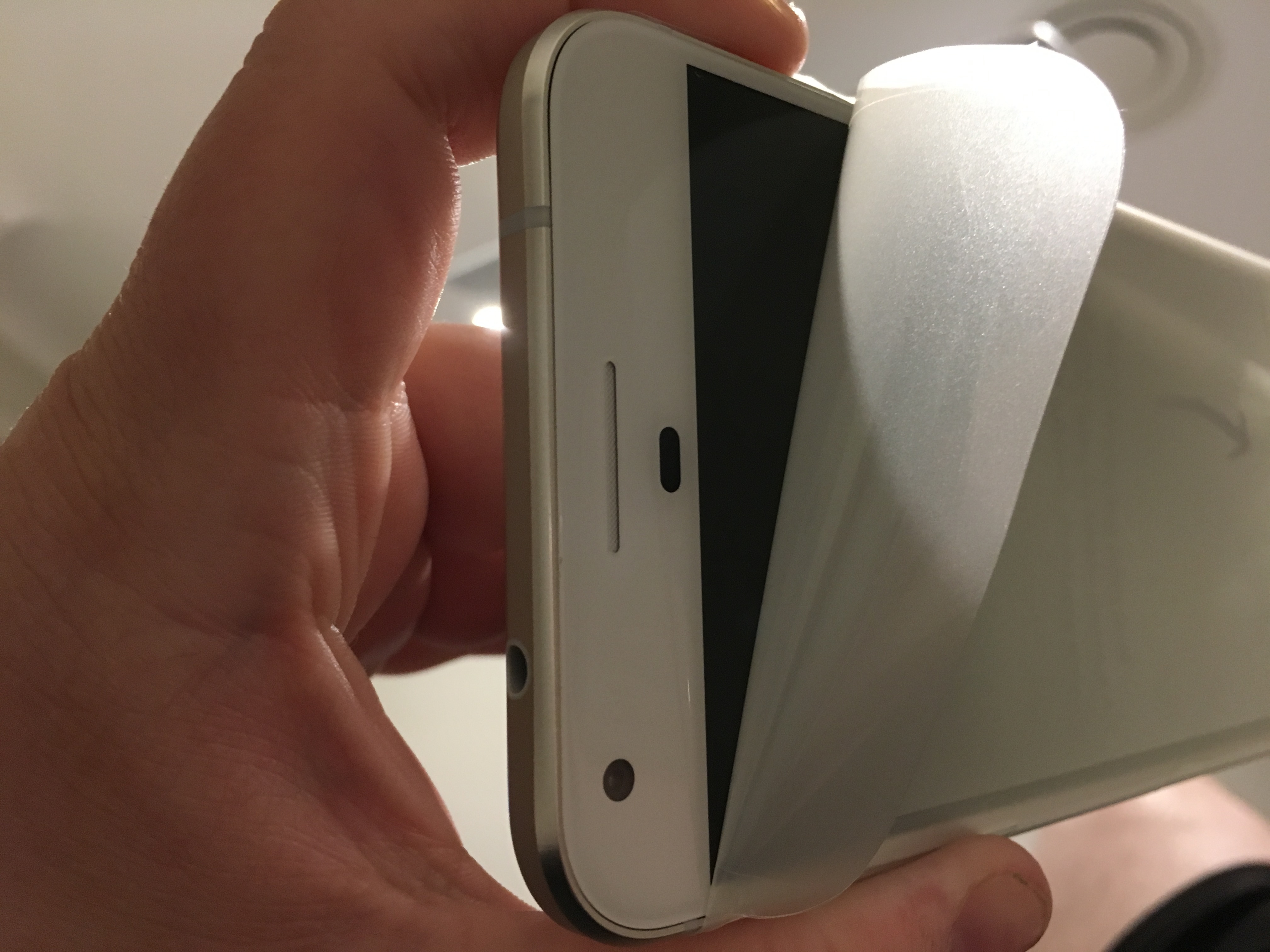 Have this issue on pixel xl bought from JB in Sydney. Are people taking them back? Are you getting a replacement on the spot?

Just had a good look over my black Pixel XL purchased from JBHIFI Brisbane and I cannot see any imperfections at all which is good.

At those *premium prices* Google charges for a *premium product*, I expect nothing but perfection!
I recommend that anyone with a manufacturing defect returns their device to the place of purchase for a replacement. If Google is really trying so hard to mimic Apple, they should also provide Apple like customer service and replace the phone, no questions asked. Anything less than that is unacceptable!

Same thing happened with the Note 4 though

Heck, their customer service with Nexus devices was amazing. My GPS got realy wonky and they sent me out a replacement Nexus 5 while mine was being fixed with a courier pickup and everything. Top notch service.

Yeah, for black one is really hard to see it.

I’ve seen HTC 10’s with the same gap in the right hand corner. It’s most obvious in white. My Black pixel is perfect.

It’s made by htc, of course you are going to get poor build quality and tolerances.

TT
Reply to  who

You are absolutely right. That’s what my friends in China told me.

who
Reply to  TT

My experience with htc has told me this. The m7 was God awful and its slightly improved each year but they still have these minor issues.

No issues with my Quite Black 5″ Pixel as far as I can see. There may be a very small area around the edge of the glass where the off black colour finishes and the glass continues and a very small gap between the glass and aluminium which is expected. I put it down to variations in the manufacturing and it appears to be within quality control for me. Until I read this article, I hadn’t noticed.

No gaps here on my XL :/ but the camera on the front is slightly offset in the cutout.