Following the Samsung Gear S3 showing up on Samsung’s site over the weekend, Samsung has officially announced the launch of their latest smartwatch the Gear S3 Classic and S3 Frontier, and both variants will sell for $599 AUD from Samsung and selected retail partners.

The Gear S3 was launched at IFA Berlin back in September this year and continues Samsung’s iteration on their smartwatch strategy. The Gear S3 is runs TizenOS and also includes many features that Android Wear is still to implement, features such as NFC payments (using Samsung Pay) which much of the Wear community has been anxiously awaiting for some time.

When Chris reviewed the Gear S2 last year he was genuinely impressed with it, and with Samsung expanding support beyond just Samsung devices you can now pair the Gear S3 with different phones. At $599 it’s not the cheapest device, but with the 4-day battery life and solid construction, this isn’t a cheap watch.

As a bonus to those who order early, you will receive a Bonus Red watch band, which fits into the standard 22mm lugs on the Gear S3. You can preorder now from either the Samsung online store or from Harvey Norman. Those who preorder should get their devices on November 18th, otherwise head into store and pick on up.

If you need a quick refresher on the specs here they are (note the LTE model of the Frontier is not slated for Australia):

We’re hoping to get some hands-on time with the new devices in the coming weeks, so you can expect the full Ausdroid review treatment in the near future.

Are you interested in one of the gear S3s? Let us know below. 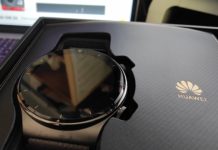 What they dont tell you, is half the advertised stuff is not yet true, well for Oz anyway. It is almost false advertising. Leaving aside the lack of LTE (more our Telco’s fault) there is no Spotify yet, the GPS only aprtially works without a bluetooth connection to your phone. The SMS message app is not installed in the Aus version and so on.

just got this.. anyone know any more?? “We would like to advise you that we have just been informed by Samsung that the release of the Gear S3 has unfortunately been postponed until further notice. Below is the statement from Samsung. “The Samsung Gear S3 pre-sale and on-sale dates for Australia has been postponed until further notice. Samsung Australia will share more information soon. Please ensure all planned marketing and communication regarding Gear S3 pre-sale, on-sale, launch, as well as pricing and availability, is placed on hold until further notice. We apologise for any inconvenience this may have caused.” Thank… Read more »

Weird…Googling brings up very little. Who was that from?

That was from the team a exeltek… yet to hear more from them.

Oh and I pre-ordered one today 🙂 They’re shipping out next Thursday. I think you were given the bum steer.

Just to update, I canned my order with above and ordered direct with Samsung using the S7 owner discount.. shipped Thursday arrived Friday! happy days!

Exeltek has the them for $485 Australian stock, they’re a Google Trusted Store as well. Also $575 from Samsung Online Store with Cashrewards.

Bleh…. really was after the lte version as well. Not a compelling buy without it. Maybe even a $30 plan from a carrier with watch included would be ideal.

I’m getting the Frontier. Harvey Norman have it for $579 with a bonus band.

Will the LTE work in other countries? If purchased here?

Was very keen for the Frontier. But not now, learning that the LTE model isn’t coming down under. Crap.

Really? no Frontier for Aust? argh. I loved the first gen with 3g – it was the biggest reason for having it. Just a shame the charger and battery life were rubbish (what on earth were they thinking with that charger!?!). I would have seriously considered the Frontier. bummer

The Frontier is available . Just not the LTE version. So the phone has to be with it all the time. Just like an Apple watch .