Earlier this year we all had a want-it-now moment when Google announced Google Assistant. Google made it seem so amazing, as companies often do. When it came to using it it was good at what it did, especially on the Pixel phones but in my opinion it is/was very limited in what it can actually do.

At the launch of the Pixels in October, Google announced that they would be bringing a public API out that allowed developers to build their own responses, called “Actions”, into Google Assistant. Google have set up a website where developers can sign up for new and updates on these Actions. The website says that they are coming in December allowing developers to “reach more users across many devices and contexts by building actions for the Google Assistant”.

There are also reports that Google are already working with a number of big name brands to help them create Actions so that they are ready to go come December. 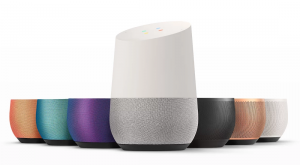 Google Assistant has a long way to go but is a good start. It does seem though that Google has put the cart before the horse in releasing Google Home (albeit in the USA only) already. Unless you use IFTTT and have an automated house Google Home does not do much more than what you Pixel’s assistant already does. While others may have a greater use case for a Google Home than me such as Casting music or movies to different devices throughout the house to me it is something that I have decided that I just don’t need. Of concern to me is also the account sharing nature of it. If I log in using my account, as you probably should to get the most out of it, then everyone who calls OK Google will be able to hear my calendar, emails etc.

When Google sort out privacy and when they bring a few more functions to Google Assistant I will consider a Google Home device. Even with my phone I use it minimally- set an alarm, turn Bluetooth on or off, call work. Hardly groundbreaking stuff and is exactly what I could already do with Google Now. How about you? What are your thoughts on Google Assistant? Is it everything you hoped it would be? How can Google make it better?

If you are a developer interested in creating Actions or just are interested in any developments with Google Assistant, head on over to the Google Actions developer page and sign up for more information when it is available.

Received my Google Home last Friday and love it. It is very different to be able to walk into a room. And say what you want. With the phone you have to get it as often mine is charging when at home