Home News and Editorial Ever wanted to experience Australia without leaving your lounge room – Qantas...

Qantas has this week launched a new app which is based on VR technology and allows users to experience little bits of Australia thwt you might not have seen, or might want to explore.

The app, which is free for both Android and iOS users, showcases Australia’s distinctive landscape through a series of immersive videos, including never before seen aerial footage of Uluru and Kata Tjuta.

The app offers two modes which users can choose from. The first mode enables users to split their screen should they have a compatible headset or Google Cardboard with the second mode being 2D landscape for viewing directly on a smartphone. Users of the app also have the ability to book Qantas flights to the featured destinations directly from within the app.

Qantas Group Executive Brand, Marketing, Corporate Affairs, Olivia Wirth has said that the app is a very innovative way for travellers to plan their trip to Australia:

“Our aim with the new virtual reality app is to connect with travellers by showcasing parts of Australia they may not be familiar with.

“Customers loved our trial of VR headsets last year, but we wanted to take it to another level and make it more accessible. Anyone with an iPhone or Android phone can take a virtual tour of Kakadu National Park, for instance, then book a flight directly from the app and see it in person.” said Mrs. Wirth.

“The app allows us to share the story of Australia to an international audience in a way that is more intimate, engaging and interactive than we have been able to tell it before. The amazing audio and visuals offer international travelers coming to Australia a new insight into our culture, heritage and local stories,” said Mr. Tietzel.

The app launched on Wednesday with 13 videos initially available, with more content to be made available progressively the coming weeks.

Here is a list of video’s you will see within the Qantas VR App:

Tourism Northern Territory and Voyages were key tourism partners for the development of the Northern Territory content, which includes videos of Field of Light, Ormiston Gorge in Alice Springs, Kata Tjuta, and a bike ride around Uluru. Working in partnership with Uluru-Kata Tjuta National Park Board and the Film and Photography Consultative Committee, Grainger Films captured a rare glimpse of one of the most recognisable natural rock formations in the world – the first time a drone had ever been allowed at the site. Additional videos include:

If you would like to check out the app for yourself, you can download it via the link below: 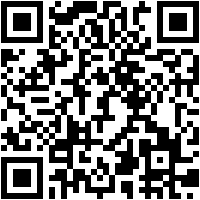 This type of thing could be used for shopping centres too.
VR images collected by drones when the centre is empty and entry into the shops to see what is available. Updated monthly.
It’d save walking around all day.

Wait, cardboard but not Daydream??