Google are finally making some solid inroads when it comes to Tap ‘n Pay with Android phones in Australia. Each week we see another bank added to the supporting list. Now it seems that the possible final piece to the puzzle, Android Wear support, is imminent.

The clever folks over at Android Police have gotten hold of the latest Google Play Services update, v10.0 and have given it the usual teardown. Inside was some interesting tidbits regarding Android Wear combined with Tap ‘n Pay.

These are obviously instructions designed to aid you through seamless payment with your Android Wear device. There is also a list of activities included within the Google Play Services.

While we have heard that Android Wear 2.0 has been pushed back into a 2017 release, the mention of this now could mean that the development of it is proceeding and hopefully close to completion. 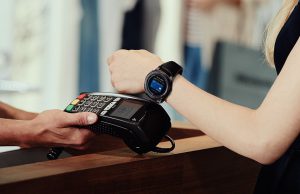 As an aside, there was also a mention of Instant Apps within the teardown and how the settings for them has been enabled, probably in the process of Google testing them out before a launch to the public.

It is an exciting time for Android with Android Pay, Android Wear, Andromeda and Pixels to name a few. Hopefully these little tidbits lead to larger crumbs and hopefully a full public release before too long.

Can you see yourself using Android Pay with your Android Wear watch? Will it make you more likely to use Android Pay?

The thing is how many of us can use Android wear?

as many people who buy them I guess.

The Samsung Gear S2 received is update over the weekend to finally activate Samsung Pay on the watch. Works well.

I have been holding out for new watches to replace my Moto 360 v1 and this makes me feel like the wait might have been well and truly worth it!
This one feature itself seems a valid reason to push back the release date of wear the way they have!
Can’t wait!

Same. I recently got a Huawei watch but after 2 weeks I’ve gone back to the Moto. I’ll keep this until something better comes along.

Not sure if NFC in the watch would spur me to buy it. I guess it could become pretty convenient. I’ll reserve judgement for now.

Why in the world would you pick a Moto 360 over a Huawei watch, except for maybe the charger?

I prefer the look, and of course the night stand charger. I like that the Moto is a flat surface from edge to edge, where the huawei has a bezel. It makes the screen feel bigger.

I did think long and hard about the decision, especially knowing that the Moto won’t get Wear 2.0 but I’m happy with that while Wear 2.0 doesn’t exist. Once it comes out, then I’ll look at my options at that time.

Exactly the same boat. My Moto 360 v1 is still going OK and if my next watch comes with Android Pay, I’m so happy I hesitated to buy one of the newer models.

Presumably this would require the watch to have an NFC chip? Any idea which devices have this?

You would have to believe that the rumored Google Android Wear watches or at least the big one would support this feature if it is released.

Its getting old these days

it does, and the ZenWatch 2 from memory

We’ve asked Asus to comment if the ZenWatch 3 has NFC, the Snapdragon Wear 2100 has an NFC controller so it’s defiantly possible.