When the ZenWatch was officially launched here in Australia, Asus only confirmed sales via their online Australian store. Today they have confirmed with us that Bing Lee will begin to stock the device from December 7th this year.

For those unfamiliar with the electronic retailer, they have multiple stores across NSW and the ACT. If you’ve been wanting to check out the ZenWatch 3, and I’d recommend you do even if you’re not considering buying one, then as of early December you can head down to your local Bing Lee store and get a feel for it, that is of course if you live in NSW or ACT.

However, if Asus has struck a deal with one electronics retailer it’s possible that this may not be the only retailer to end up stocking the device. Considering the ZenWatch was originally scheduled for a Q1 2017 release, according to our sources at least, perhaps Asus just couldn’t negotiate the required deals in time to get the ZenWatch in stores for launch.

Either way having the ZenWatch on store shelves just may be a good thing leading up to Christmas, if Asus confirm this has NFC components inside it I may just pull that trigger myself! 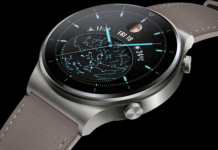 Anyone actually found a store that has it? I haven’t been able to locate one. I also asked Asus Support today and the best they could do was send a list of resellers of their products. Bing Lee wasn’t even listed against their ZenWatch.

Is this confirmed or just a rumour?

Confirmed by Asus Australia to us, so unless their plans have changed it should be in store sometime from today