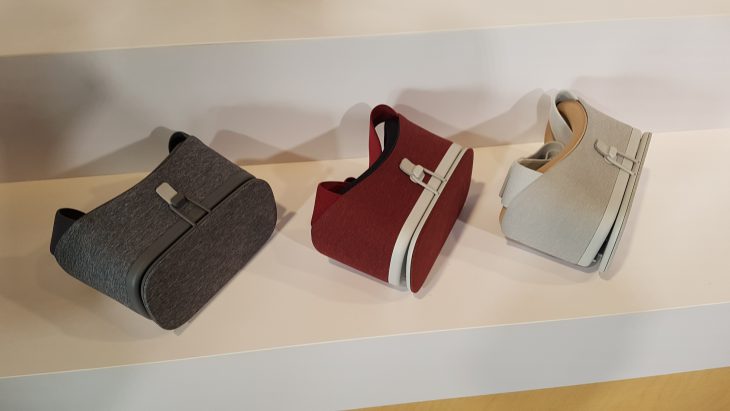 When the Daydream View was announced at the Made by Google event in San Fransisco earlier this year, Google showed off 3 colours: Slate, Crimson and Snow. For reasons known only to Google, only the Slate colour would be available at the eventual release.

Jump forward to today and the Crimson and Snow model are now Showing as Coming Soon and you can Join the waiting list. The units are up for pre-order in the US, so we guess we will get access to them in the coming weeks. Unfortunately if you wanted either of these as Christmas gift you may be giving an IOU instead.

In our review of the Daydream View, we found that it was the best mobile VR experience currently available. The headset was not without its own issues, however, the Daydream controller completely changes mobile VR, for the better.

If you want to grab a Daydream View head on over to the Google Store.