Just the other day I reported that Motorola was looking to extend the functionality of the Moto Z to Tango. Now it has been revealed that Motorola are not content with stopping there. Following on from their statements regarding a Tango Moto Mod, Motorola have revealed they are working on several other mods, including a couple about to be released.

At a press event in Chicago Motorola have revealed possible plans for Moto Mods that include e-ink displays, a baby monitor and a 5G modem. Not sure how the e-ink displays or the baby monitor work but the 5G modem is interesting considering that Optus and Huawei have just completed a successful 5G trial. Imagine the ability to add 5G network capabilities to your phone — that’d blow through your data allowance quick smart.

As for Moto Mods that are ready to go now, another battery pack 3000mAh in size from Mophie and an Incipio car dock with charging and a 3.5mm audio output will add even more functionality to this already amazing phone. I put this phone slightly below the Pixel when reviewing it and at under $1000 it’s a great buy. 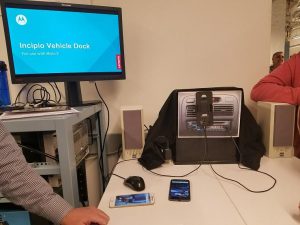 With Motorola seemingly really getting behind their Moto Mods it seems that this may be a long term success for them. Considering the cancellation of Project Ara by Google and the failure of the LG G5 “friends” this is a truly innovative phone that may just push Phone hardware in a direction that is exciting in the least.

With their hackathons and competitions encouraging even more Moto Mods to be made I would expect this to grow even further.

Sold on a car dock!

Interested in finding out more about this car dock…

It’s $65 and it also automatically launches Android Auto if possible. I wanted it but I can’t get it for $65, that’s just ridiculous.