Home News and Editorial Scott: What’s In My Bag? 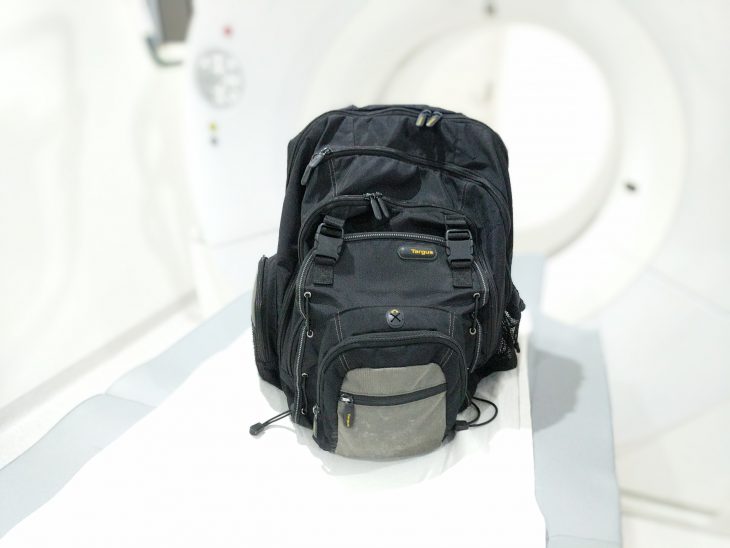 Each week I get people asking me what devices I am carrying that week and while it might change often due to review devices etc my go to daily drivers rarely changes. My paid work sees me inside looking after patients in various ways. As such I often am unable to carry devices on me that interrupt my interactions with them. I’m sure you’ve read Phil’s and Chris’ “What’s In My Bag?” so it seems it is my turn now. Read on to check it out.

I carry 2 phones but at a time only one is operational. My go to daily driver is a Google Pixel XL. In my opinion, at this early stage it is THE best phone I have ever used. I am a bit disappointed though with the lack of development etc available at this stage but with Google’s new levels of security things are lot tougher and until the guys at TeamWin get their custom recovery fully functional I don’t expect that to change much. The prospect of dual booting the partitions has me excited. Imagine being able to do a fast reboot into a stock ROM for Android Pay requirements and then boot back into your rooted, super-hacked, highly customised, Xposed-infused custom ROM — all while sharing the same data partition! The Pixel XL is currently rooted with TWRP Alpha 2 installed and is run by ElementalX custom kernel.

The second phone I carry is a Nexus 6P and it’s purpose it two-fold. It is there for me to test out new hacks and tweaks that come out before writing them up for you guys and girls and also it is there in case I brick (or soft brick) my Pixel XL in the process of testing out tweaks for it. How many of you could go without a phone for all or even part of a day? It is totally stock ROM but rooted and of course running TWRP. My daily driver tablet is a Nexus 9 — not because it is an awesome tablet, but because IMO there is nothing better than it in that size. The Pixel C is too large for my use case, which is mostly reading magazines and books. The N9 is running Nitrogen OS and TWRP because Google just can’t seem to get it right with the software on this tablet. In saying that, no one can. 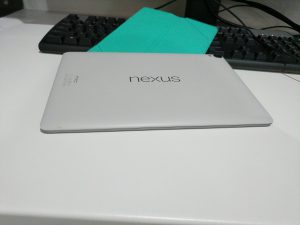 My other option for tablet is a very old Nexus 7 (2013) which is totally stock, NOT rooted because of what I use it for. It is my media consumption device and as such has Foxtel Go (which requires a non-rooted device), Netflix, NFL Gamepass, AFL Live, Cricket Australia and FreeView etc.

I have two laptops that I carry at different times. Most of the times it is a Surface Pro 4.

I am not afraid to admit it but I love my Surface Pro 4. It has an i7 processor, 16GB of RAM and a 256GB hard drive. It runs amazingly well, and has been able to easily perform everything I have thrown at it including some heavy video editing and converting using Camtasia. I was hesitant to get it at first but one of my employers was paying so who was I to argue with their IT department’s recommendations. I’m glad I listened to them — the ability to also use it as a tablet to read and grade a heap of papers, or read journal articles while at the same time highlighting areas of interest using the pen has been invaluable. A chromebook just does not cut it for using Office etc. At home the Surface Pro 4 docks into my Surface Dock and projects to a Samsung 24in monitor. The laptop I use if I am Ausdroiding while watching TV is an Acer C720P Chromebook. I loved it so much when I reviewed it that I purchased one from Acer. It will only be replaced when Samsung decide to stop teasing us and actually release the Samsung Chromebook Pro.

I used to carry a Telstra 4GX hotspot but the offer of double data from Optus has given me the impetus to switch my wifi hotspot to them. I have the same Huawei $49 hotspot from Optus as Chris. It comes with 4GB of data and a simple $130 recharge gives me 44GB for two years. Interestingly, if you read the fine print, if you recharge before the double data period is up you can rollover up to 50GB of data! I also carry a portable charger although I seem to use that for my son’s Pokemon phone more than any of my devices now that I have the 5+ hours SOT device that is the Pixel XL. Of course I have at least one USB-C cable and one MicroUSB for various connections on the go.

I carry two sets of portable headphones, a Bose Soundsport for the gym and Bose SoundTrue earphones for general use. They produce the best sounds that I have tested in their respective headphone genres.

While not ostensibly in my bag as such I feel it important to mention the watch I carry/use on a daily basis. Even though I am currently trying out a Samsung Gear S2, my daily driver is an Android Wear watch, the Huawei watch in stainless steel. I have purchases a stainless steel band for it from eBay so rock that with it. On weekends I will use a Sony Smartwatch 3 so it looks more casual and I don’t have to stress as much about it getting dirty or scratched while playing with the kids. A smartwatch with notifications is essential to me as I cannot check my phone if I am with a patient for an extended period of time and the watch allows me to check my messages (although when I write that I wonder why my messages can’t just wait until I get to them in 15-20 minutes. I suppose that’s the world we seem to live in these days).

The bag is an oldie but a goodie. It is a Targus laptop backpack with a multitude of pockets including a padded laptop section and a lined zipper pocket for tablets. It’s nothing special but it protects everything I carry and if comfortable to use and wear.

That’s it for me. I cannot see myself changing much of what is in my bag for a while, unless we see a new Nexus tablet arrive (#fingerscrossed) soon.

Interested to hear your views on Gear S2 vs Android Wear. Will you be posting an article any time?