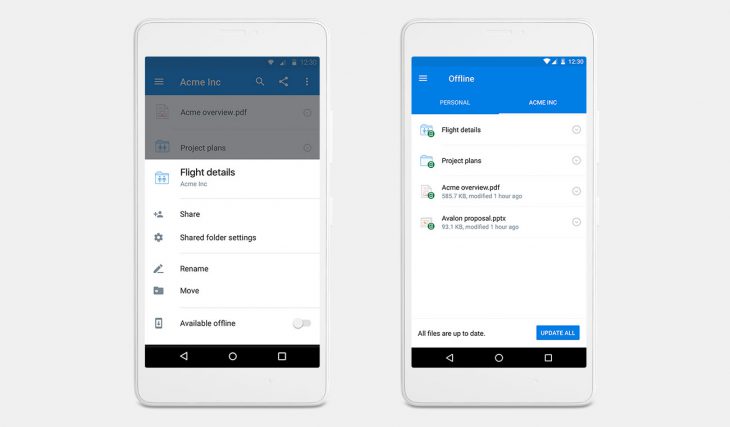 In a bid to remain relevant in the mobile world, Dropbox have announced mobile offline folders for Dropbox Pro, Business and Enterprise users. With Microsoft and Google already offering offline folders that sync when the user does go online, the Dropbox announcement brings them on par.

After listening to many requests from users for this feature, Dropbox have delivered allowing mobile offline folders to be tagged and be synced to your phone or tablet. Then once you have finished working on a document etc you just save and close and once your are connected to the internet again it will automatically sync to the cloud.

The new feature is rolling out to Dropbox Pro and Business users on the latest version of their Android app over the next few days. There is no word on if or when it will be made available to all users.

For me, with Google Drive and Microsoft OneDrive offering so much more free storage plus the offline syncing ability it will not be my choice. How about you? Can you see yourself using Dropbox offline sync over one of their competitors’ products?

Use Foldersync from the Play store. Much better to sync LAN and Cloud including Dropbox.

They’re just too stingy with the free storage space. I have 50GB free with Box.

Get a account with one drive, with Telstra i got 100gb of lifetime offer.