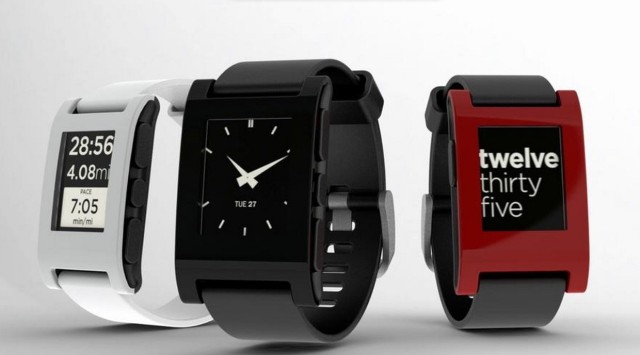 It was rumoured, and now it’s confirmed: Fitbit has acquired Pebble, including its technology, software, and other intellectual property. Of course, Pebble sells this as a positive, but if you’re a Pebble user, chances are you’re probably not going to be too thrilled.

Pebble became the darling of crowdfunding, raising a tonne of money via the Kickstarter platform and shipping smartwatches to millions around the world. By modern standards, the Pebble is pretty primitive, but at the time it was somewhat revolutionary; finally we had a smartwatch that was affordable and actually useful. Of course, like many things though, Pebble came and kind of went … after the success of the initial Pebble, they never really found continued momentum. Follow-up devices were significantly less popular, and inevitably, Pebble’s business model pretty much collapsed.

Fitbit moved in and, perhaps quite wisely, acquired the valuable parts of the company, including a good number of its staff. The news there is good; undoubtedly, the team behind Pebble have some skills which Fitbit would love to use, and Fitbit’s products could only be the better for having some more smartwatch-oriented cred behind them. The downside, though, is for pretty much everyone else.

Those who have bought Pebble watches in the past and looking for support will need to know this:

That last dot point is a big one; while most of the way Pebble works is cloud-independent, issues may arise in future. If the partner app for the mobile isn’t updated, it may fall by the wayside and eventually stop working. Of course, by the time that becomes a serious enough issue, most people will probably have given up on their Pebble watches anyway.

For new customers, or those who had ordered newer generation watches through Pebble’s kickstarters and other forums, there might be less good news:

That part makes sense; if they’re not selling them anymore, they should stop shipping them and refund unfulfilled orders. The last part is the kicker, though: Pebble won’t offer warranty support going forward. In other words, if your watch fails from today onwards, you’re on your own. For customers in Australia, it’s worth noting that Pebble never really set up shop here, so unless you somehow managed to buy a Pebble from an Australian retailer, you won’t have protection of Australian Consumer Law rights. If you bought from overseas and something goes wrong, your chances of getting your Pebble repaired just got significantly worse.

Do you still have, or use, a Pebble smart watch? Let us know your thoughts on this development.

Pebble was facing bankruptcy which would have made the app store and cloud infrastructure fold rendering 50% of the watches functions inoperable , leaving kickstarter backers down 200 or so bucks and the difference parts of the business would be snapped up by different scavengers. Fitbit and Pebble had been consulting for quite some time, I suspect about a possible collaboration because Pebble added support for natively running fitbit apps to its SDK – I think they might have shown Fitbit the Pebble Time 2 and offered to release it under both brands, using fitbits algorithms and sensors (HR and… Read more »

As someone who backed the original Pebble and Pebble Time I’m very saddened by this news. I love my Pebble Time Steel, as does my wife and the 10 day battery life is the “killer feature” I just couldn’t live without. Even without any more updates I’d still be happy with my Pebble watch.

I was very interested in the Pebble 2. But now without any appealing smartwatch options, I might actually have to go back to a Casio G-Shock

I got someone from Reddit to send one to Australia for me. it has 1 year (so far) of committed support from Fitbit and the community are developing their own app stores and alternatives to the official Pebble app (gadget bridge) so as much as possible works for many years into the future – the real worry is random part failure. no way to replace P2s because so few were made and are floating around

It sucks as Pebble really was the only great day to day smartwatch that added functionality to your day but wasn’t a hassle to charge. Pebble was the boom. Really sad that company doing all the right things didn’t get picked up by enough people to keep afloat. I dont think Eric would have bailed if he had a choice. I think he did it for his employees and stakeholders. This is the death of the smartwatch for me. Unless another company starts making a smartwatch you only have to charge once a week. Hopefully get a year or two… Read more »

I was ready to hate charging my smart watch every night, however, it really isn’t an issue. It has a magnetic charge clip that seems to snap on almost automatically.

Although, if I’m going camping or something, I won’t wear it, or I’ll take my old watch.

Eric did the inpulse blackberry smartwatch thing years before people were doing this (connecting to phones) and then Pebble which predated apple and googles efforts he really is the unsung king of smartwatches that do useful things and I cannot see a future without him winding up back at the helm of a company making devices like this. if Fitbit don’t make a successor thats worthy of Pebble Eric will recover from this blow and end up somewhere like google convincing them to support passive screens and lower specced hardware for astounding battery life. I was impressed to see a… Read more »

I have (and still use) a original Pebble and I’m really sadden by this news, Pebble helped pave the way for smartwatches but also was the underdog in the category. Pebble’s watches offered an easy way to get notifications from your phone, smartwatches with great battery life and relatively on the cheaper side (all their watches were about $199 USD or less), while Android Wear watches start at $249 USD or more (but I’m in Canada, so it’ll be $400+ CDN) I was a backer of the Pebble Time 2 (partly because my replacement original Pebble watch was having screen… Read more »

For Pebble users this is pretty bad news, for those who have not yet invested in a smart watch, something wonderful may come!