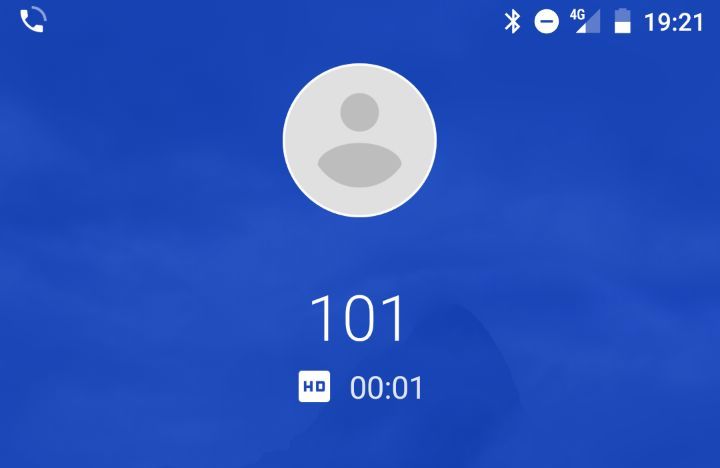 When Google launched the Pixel into Australia back in October, one of the features promoted as part of the tie-up with Telstra as carrier partner was the ability for both Pixel and Pixel XL to use Telstra’s VoLTE feature for voice calls over 4G. However, while the Pixel XL launched with support for VoLTE (with some hiccups), the Pixel didn’t, and we asked Telstra why. The short answer? It wasn’t ready to provide a good quality service, so it was disabled on the network side.

Fast forward just under two months, and it seems as if VoLTE on Telstra has been switched on. In fact, we only noticed it this afternoon when making a call and seeing a rather unusual error message; when making a call, the Pixel returned a “Server did not respond” message, which seemed odd for a call proceeding over 3G.

It was a double-take which confirmed that the phone was trying to make the call over 4G, and due to it being a low signal area, the phone wasn’t able to connect with Telstra’s VoLTE system, and thus the call failed. A few moments later, with better signal, I was able to make VoLTE calls to a number of other parties, and even managed to see the elusive HD Voice icon shown only when both your phone, and the person you’ve dialed support the feature. If you’ve got a Pixel on Telstra, and you’re in a 4G coverage area, it’s time to see if you’ve got VoLTE support — best bet? Call your Message Bank on 101; it doesn’t cost anything, and if VoLTE is working, you’ll see a screen like the above.

Telstra hasn’t, to our knowledge, made any public announcement about this, but equally, given the nature of the feature (it not being especially well known) and the relatively few people affected (it’s just Pixel users, out of however many dozens of other VoLTE capable handsets), they’re probably not likely to.

Regardless, we’ve written to Telstra and asked if they can tell us more about what’s happened, what the issues were, and how they’ve been addressed. However, if you don’t care for the details, just be pleased that your phone can now make higher quality voice calls with quicker setup times!

I’ve lost VoLTE on my Xperia Z5 on Telstra sometime in the last week.

Vodafone and Optus don’t have this feature??

Nope, still not working for me

Seems the latest OTA has been a pre requisite to having VoLTE enabled, but doesn’t seem to have been the only thing, because this feature hasn’t come up before today.

Thought getting a Pixel meant I’d get immediate updates…

You’re on Telstra right?
Because it seems it’s their fault

Yah, I was already sick of waiting for Google’s OTA lottery (the last one took a couple of weeks to arrive for me too), so a suspicion that VoLTE fixes may be linked to the update was enough of a push for me to sideload it.

Yeah, I just wish Google could roll out their updates to everyone in a more timely fashion like Apple does. I seriously considered switching to an iPhone 7 for the hardware, battery life and the 4 year guaranteed software updates. I love my Pixel 5 inch but if the next Pixel doesn’t have stereo speakers and water resistance, I’m probably gonna switch.

They do it this way for a couple of reasons.

1. If any nasty bugs are found, they can halt the OTA push until they fix them.
2. They don’t want to overload the update servers.

There’s no such thing as a “non-Telstra Pixel” or a “Telstra” Pixel. There’s simply the Google Pixel.

Telstra can, however, request updates be delayed for users of their network if for some reason, the update causes service degradation or technical issues for users.

Do you just redo all your app settings or do you use Titanium?

I replied you you last night, including a link to Google’s OTA page, but apparently Austdroid refused to publish it for some reason. If you use `adb sideload`, per the official instructions, it performs the update similarly to how it would happen if you received the OTA normally – it is an in-place update with no data loss.

Thanks, I’ll definitely get on that, I thought it just did a complete whipe

In this case it’s Telstra blocking the update. swapped to a spare voda sim at work and the update immediately appeared and installed.