If you haven’t taken care of presents by now, two weeks out from Christmas, then it’s time to get into gear; there’s only ten days left. That said, I’m a notoriously bad Christmas shopper (to the point that my partner won’t let me do Christmas shopping anymore), and I always leave things late.

In our series of gift guides this year, I’m taking a look at wearables; this is a separate consideration to our ‘Best of 2016’ series where we looked at what was best across the board. For gift ideas, though, there’s different considerations — do you have a budget to work to? What will your loved-one or friend like most? All these questions and more.

If you’re after a smartwatch this season, there’s a couple of good, solid choices to consider, and these are my picks: 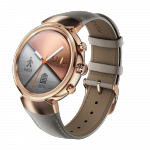 Asus has definitely made the biggest waves in the Android Wear space this year with the release of the Asus ZenWatch 3. The all round 1.39″ AMOLED display is housed in what is arguably the most stylish Android Wear watch to date. The software is familiar to anyone who’s used Android Wear before, and it brings an elegant new look to the platform.

There are downsides, of course, in that the bands aren’t standardised so you can’t just pop down to your local jeweller to get a replacement band.

If you’re happy with the choice of bands on offer from Asus, though, there’s little reason to look elsewhere unless you’re looking to address a particular need.

Asus’ ZenWatch 3 is available for $449 from the Asus online store. 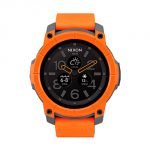 This is a tough one. Nixon would sell you this watch for its surf and ski credibility, but I’m a tech journalist. What would I know about surfing and skiing? Very little. What I do know though is that the Nixon Mission is designed to take just about anything you can throw at it. While most smartwatches will gladly breathe in water and drown in the slightest puddle, the Mission can be worn while diving, surfing, skiing, showering, or going for a swim, and it just won’t die.

Yes, it’s a larger watch, but it comes in a good-looking range of colours, and it’s a definite way to impress your loved ones, even if it isn’t cheap.

Undecided? Read my review and see what you think.

You can buy Nixon’s Mission for $599 at JB HiFi stores, amongst other places.

Want to call your friends and family fat? Get them a fitness band!

Look, jokes aside, this is a category that just keeps going from strength to strength. There’s so many options it’s hard to know which ones to choose, but here’s some of the fitness products we took a look at during the year.

Scott reviewed the Fitbit Charge 2 a couple of months ago. In his review, Scott wrote:

It is woefully inept when compared to its competitors at displaying notifications and interactions with them from your smart phone. The display is a relatively small black and white OLED display which lacks tap functionality in most situations. Where it excels it is worth its weight in gold. If a heart rate monitor that is functional while you exercise is essential to you then the Fitbit Charge 2 is right up your alley. If you need a fitband that can withstand the rigours of vigorous exercise and not have to worry about it falling off your wrist then this is the fitband for you.

In other words, if you’re serious about your fitness tracking, this could be the band for you or someone else.

The Fitbit Charge 2 is available at most retailers including JB Hifi, Rebel Sport and many other stores. Fitbit is mainstream — you will find it in most stores that stock electronics or fitness gear. The Charge 2 starts at AU$249.95 and is available now.

If Fitbit isn’t your thing, or you’re looking for something that does a bit more than just fitness, it’s hard to go past Samsung’s Gear Fit 2, which Scott also reviewed. Are you noticing the trend?

Besides being a good looking device, Scott had this to say of the Gear Fit 2:

Last year I thought that the Garmin Vivosmart HR was the best fitness band around. It seems that there is a challenger to this title, the Samsung Gear Fit 2. It is sturdy while not being overly large, has a vibrant, large coloured display with a multitude of functionality compared with its competitors. Unlike its predecessor the Gear Fit 2 can be used on any phone running Android 4.4 and above so there really is no reason not to give this fit band some consideration.

To those thinking about purchasing a fitness band I can highly recommend the Samsung Gear Fit 2. For the average person in an everyday situation it persons perfectly. It does what it is meant to do and does it well.

A bit pricier than the Fitbit Charge 2, but it does a fair bit more too; colour display, notifications like a smartwatch, and more. It is certainly worth your consideration if you are in the market for a fitness tracker for yourself, your family or friends..

The Samsung Gear Fit 2 can be purchased online from Samsung for $289.