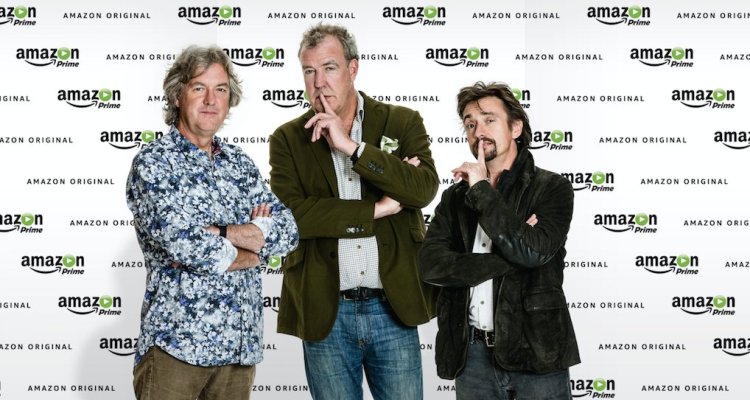 Amazon has finally announced the arrival of its Amazon Prime Video streaming service in Australia, taking the service to more than 200 countries worldwide. This means, of course, that the most widely anticipated show of the year (in my view), Clarkson, Hammond and May’s The Grand Tour is now available legally in Australia.

Of course, there’s more than just the Grand Tour. There’s plenty of Amazon’s other original content available too, including titles such as Transparent, Mozart in the Jungle, The Man in the High Castle and most children’s series like Creative Galaxy, Gortimer Gibbon’s Life on Normal Street, Tumble Leaf and Wishenpoof.

The pricing is pretty sharp too, starting at $2.99 USD (or about $3.99 AUD) per month for the first six months, before reverting to $5.99 USD ($7.99 AUD) per month after that. In terms of access, would-be subscribers can sign up at PrimeVideo.com, and then watch the service on Android, iOS (both phones and tablets), on Amazon’s own Fire brand of tablets, and many LG and Samsung smart TVs.

Sadly, Amazon Prime Video is not available on Android TV at the time of writing, though that may change in future. There is a way to watch it on your favourite TV though; you can either Chromecast it from your computer (though the quality won’t be as good as it could be) or you can install a couple of apps from XDA Developers to watch it on any Android TV device (including the Nexus Player). The instructions are below:

Voila. You should be able to watch Amazon Prime Video on your Android TV. Hopefully, and soon, Amazon will release a proper Android TV app so that we don’t have to jump through these hoops. Let us know if you’re able to give this a try! We’ve not tried it – yet – but we’ve read plenty to suggest it works just fine.

Will you be signing up to Amazon Prime Video?

Yep same here. Sony Android TV is worth it over any others purely because they have apps like this.

Sony has no exclusivity over Android apps or over the Amazon video app. I have an LG TV running WebOS which has all the major video streaming apps including Amazon video. Many other Manufacturers use Android TV on their models, including Sharp,Phillips, Hisense and TCL. Also Android TV boxes from nVidia and Xiaomi do the same thing.

AVForums, respected reviewers of AV hardware, have often pointed out that Sony’s implementation of Android TV has more unresponsiveness than other systems. I don’t mean to be offensive. I like Sony as a company.

Great to hear it’s on LG as well!

I may be wrong but from what I can tell Sony has apps that are not available in Google Play for their Android TV’s.

I thought Amazon Prime Video was one of these.

Anyone with non Sony Android TV’s able to confirm one way or another?

I’d imagine Sony have an app for their own content on Sony Android TVs that may not be available on other platforms. On my old Sony phone I think it was called Sony Unlimited or something like that?

There is really nothing on there. I signed up 7 day trial logged in checked out the catalog and there was really nothing to keep me signed up. Stan Netflix and even Presto have way more material than this crap. Dont waste signing up until they include more shows. No wonder its $2.99 us for 6 months.

Personally I won’t be doing, the price is great, the service looks okay but I refuse to support a system that I can’t choose which devices to use. When they announce Chromecast, and Android TV support I will look again, I refuse to hack it to get it and I also refuse to buy their products just to watch on my TV.

I’m hoping The Grand Tour will be available in 4K HDR. My OLED TV is crying out for more content. Those prices look great but they won’t get a cent from me if they don’t give Australia the highest quality stream.

So it does have UHD HDR but Amazon’s auto stream selector thingy is appalling or their servers aren’t up to the job. It is so rare that it ever switches to UHD stream! I have a 100Mbps fibre connection running optimally. I have given Amazon lots of feedback but they only give me general answers. Perhaps that’s because they know their video algorithm is a steaming pile of crap? While I’m ranting (sorry) the Google Chromecast (Home) app removing access to Netflix casting for the last however many weeks is such an affront to me since they are still marketing… Read more »

Anyone tried this? I’ve been using a vpn and an American subscription for a while with no issues. I’m guessing the new hbo bundle won’t work here due to general foxtel evil?

Thanks Chris, I might give it a crack for 6 months and see how it goes