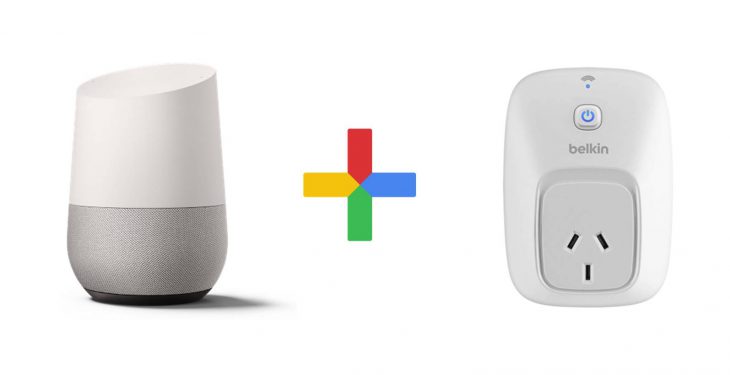 When the Google Home/ Assistant launched many criticised the nascent service for not having enough integration, at least when compared to the Amazon Echo. While this might be the logical comparison, I think it might be a touch unfair: Echo has had a long time to build to where they are in a category that is messy, to say the least.

Yesterday, alongside Google’s announcement of the new IoT platform Android Things, Belkin announced that WeMo would be including support for Google’s Weave protocol which would allow integration with Google Home and Assistant. The compatibility will come with a future update to the WeMo devices.

This is great news for Australians. While Google Home isn’t officially available here the Pixel with Assistant is and Belkin’s WeMo is the only supported platform that actually has Australian compatible accessories. Want an Australian power point control, Belkin’s got you covered. Hey Google, turn on my Christmas tree! Come on, you know you want to do that.

The current Australian range includes power points, smart switches (which believe me you want with smart bulbs) smart bulbs and their hub, IP cameras and a great little maker device called the WeMo Maker that basically lets you hack together your own smart anything.

With IFTTT integration as well Belkin’s WeMo could become a core element of your Google powered Australian Smart home.

No mention of the Wemo Smart LED Bulb. I take this to mean that, like the Echo, the light bulbs themselves can’t be controlled directly. You have to go via IFTTT to control them. ?

It’s probably important to mention this since it was wording of articles like this that got me into the predicament in the first place where I control the bulbs using one phrase and the light switches with another. Not the best user experience.

Umm…aren’t there smartthings and hue devices sold in Australia?

Indeed, I use hue and have no issues controlling it directly with home

Christian – can I confirm that Google Home (obviously imported) can control the Wemo devices bought in Australia?

Not yet, at least. But they will.