It’s that time of the year where we’re on the hunt for family and friends, you’re probably being asked “What do you want for christmas or being told how hard to buy for you are. Well at Ausdroid we’re here to help you spend you rhard earned money with our continuing gift guides. So while we can’t alleviate the stress of the season perhaps we can give you a few Australian geek gift ideas on what to buy or ask for and here’s a few random gizmos we’ve had a look at throughout the year.

One of the recent innovations in camera land is the 360 degree camera and oc course our friends at Samsung have got one on the market. If you get out and about a bit and see some amazing scenery, one of the best ways to capture these views is with a 360 degree camera. Unsurprisingly, our friends at Samsung have one on the market and while it’s not a cheap option, it us rather cool looking. The Gear 360 will set you back a cool $499, but if you’ve got the cash lying around you can check it out here It’s great to see Google joining the VR race with their own branded hardware which you can grab on the Google Store and with Duncan’s summary of Daydream, it’s finally here and it is the VR headset I’ve been dreaming of, it may be what you’ve been dreaming of as well in our review, why wouldn’t you check it out?

Chromecasts made quite a splash when the ability to “cast” video from your phone or tablet to your TV cam about, now there’s a couple of new options that have appeared and they’re quite inexpensive as a gift for your techie friends and family. The second generation Chromecast goes for $59 at various retailers (keep your eyes out for specials around this time of year!) has a few advantages over the original for those of you with network infrastructure to support it. Basically it’s got 5GHz wifi and as a result (if you’ve got the bandwidth to support it) streams will start up a whole lot faster than the first generation device could manage. 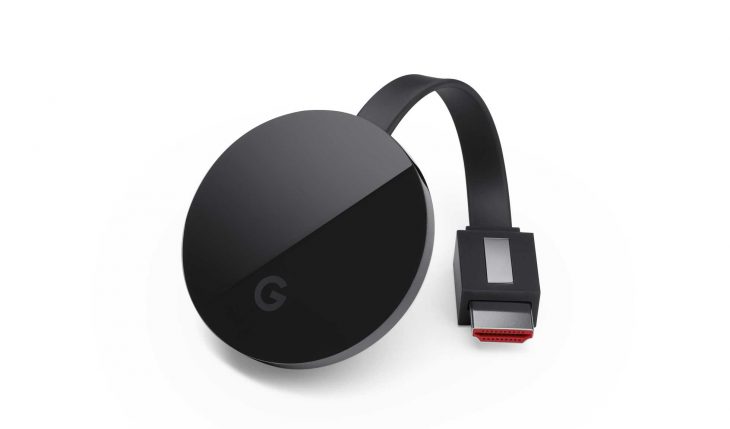 For most users the Chromecast Ultra is going to be overkill, its capable of streaming videos at up to 4k resolution if your TV supports it. Personally I only know one person with a 4k TV and the capability is rarely used. If you’re looking at upgrading your TV soon and getting a Chromecast, or you’ve already got a 4k capable screen then this could be a really sweet upgrade to your entertainment arsenal for a pretty reasonable $99.

Ever temporarily misplaced your keys, wallet or other valuables? Yeah, me too so you’re not alone but the connected world is a great thing and there’s an app for that that pairs with some pretty cool goodies to help you from permanently losing stuff. Jason’s write up of the Tile platform gives a great overview of what you get for your money and here’s quick look at the pricing options If you’re thinking about turning your home into a connected home and adding some security, then the Ring doorbell is a really good start. Our review outlines that its simple to setup, simple to use and can be linked with a chime inside your house for “normal” doorbell function or can be answered from anywhere on your mobile phone as long as you have a data feed. Definitely something to think about though as it’s $299 entry price at JB hifi is going to deter some users, but having jumped on the train myself it’s worth the entry price.

Would it be a gear guide without a power pack?
Personally I carry a monster of a thing – 20,000 mAh to be exact and I charge it about once a fortnight. But if you’re not a power hog like myself and only require a bit of a safety net on the chance you get caught out, a 10,000 mAh pack is going to cover your needs with room to spare. Conveniently you can pick one up from the Ausdroid Shop and get it before Christmas.

So there you have a quick overview of a number of the cool gizmos that don’t really fit into the realm of Phones and Tablets, Audio Gear or Wearables.

There’s a lot of great hardware that has been released throughout 2016 and a lot to reflect upon with the development of the Android platform. Let’s hope that 2017 brings more exciting developments and another range of amazing devices.

If you think we have we overlooked anything in our gift guides, let us know what, where to buy and how much in the comments

That battery pack mentioned, does that have the faster output that could charge a pixel fast? My current pack only decreases drain on my Nexus 5 while playing PoGo. Pixel is on the way just before Christmas though, looking into a new pack also.

I think blluetooth crowd sourcing (or whatever euphemism they call it) to find your lost items is one of the biggest cons going. No way is this Tile thang going to help you recover your lost item. Unless you lost it down the side of your sofa. This is all a con.

Playing HEVC video files without transcoding is another reason to get the Chromecast Ultra even if you only have a FHD TV.

Got myself a Chromecast Audio for kinda cheap from JB Hifi.
Surprised GoPro5 didn’t make it to the list.