Home Mobiles Android OS and Updates Lenovo is serious about their Moto Mods – announces results of the... 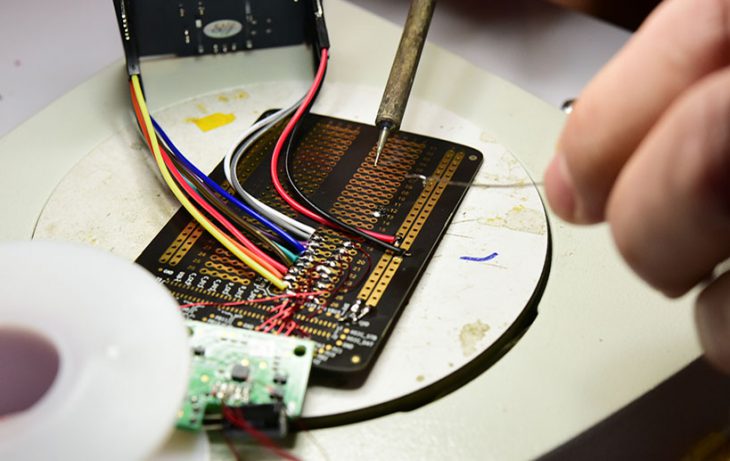 Motorola’s Moto Z handset with its modular add-ons seems to be on the right path at the moment, they’ve got a decent momentum, have announced the phone is getting Daydream certification with its Nougat update, and those add-ons are about to get more interesting with a hackathon being held in New York.

The Moto Mods hackathon saw 53 developers, 18 entrepreneurs, three designers, one surgeon and a dog named Goose attending the event last weekend which saw teams compete to design the best Moto Mod and win $5,000, as well as a Moto Z phone and Moto Mods Development Kit for each team member. The competition was apparently fierce, but three winners were chosen.

The winning concepts include a mod called “Advanced Audio” which uses the proprietary Moto Z mod connector to create a digital-to-analog converter (DAC) and analog-to-digital converter (ADC). “Sidepad” a fully featured gamepad controller for the Moto Z and “Bella”, a mod that uses sensors for UV levels, air quality and visual checks of you face to provide ‘personal beauty and skincare tips’.

Lenovo isn’t happy to rest just there though, they’ve also announced a Moto Mod hackathon which will take place in San Francisco towards the end of January.

From a consumer standpoint, the addition of more mods is great but we are still waiting to see if these mods will be used on future smartphones. Lenovo has indicated that is their intention, so hopefully we’ll see some more great concepts coming out of these hackathons.