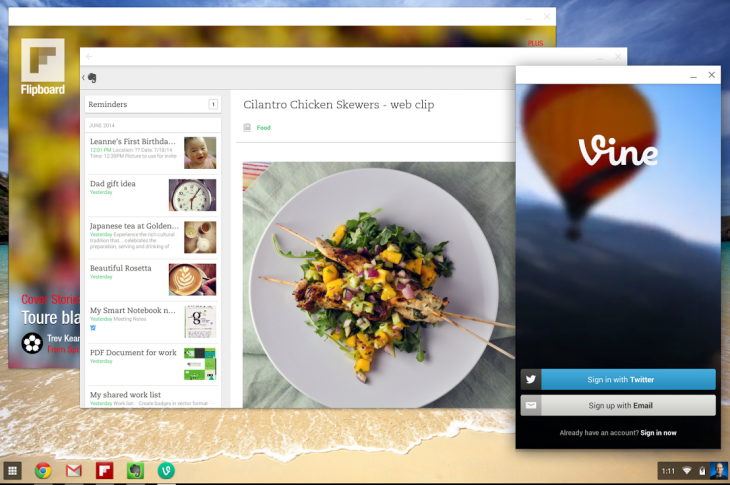 Rumours abound that the next major version of ChromeOS, version 56, which is rumoured to arrive in January next year will bring with it an updated Android core, taking Android compatibility on Chrome devices from Android 6.x to Android 7.1

This is big news for precisely two reasons; Android 7.1 brings two native capabilities that would be very welcome on ChromeOS, being a native ability to resize windows, and the ability to run apps side by side within Android. This has a few ramifications for running Android in a desktop-type environment.

Resizing apps came with Android 7.0 Nougat, but on a mobile, it doesn’t make a lot of difference for most users. The ability, though, to run apps side by side on your phone is there, and very useful if you need it. Not only does it mean that apps can change size and shape to fit the appropriate window, but it pushes developers to create more responsive designs.

Not all apps support Android window resizing, but it’s hoped that bringing the feature to ChromeOS will give developers an added incentive to include the feature, so they can be used on phones, tablets and desktops.

The other major implication is for multitasking; Android 6.0, apps couldn’t really multitask properly. In the background, they could do some things, but for the most part they were paused until brought back to the fore. On a phone, this is important.

On a desktop, it isn’t. In fact, it’s positively counterintuitive. Android 7.1 on ChromeOS will address that, allowing apps to run (and continue running) in the background, while you work on another task, be it another Android task, or something from ChromeOS itself.

If you’re looking for more details on how and why this is now known, hit the source link, but until January, we’ll be sitting back and waiting.

These Android 6.x to Android 7.1 is critically needed on smart phones and desktops because the OS can be androids though it may not be compatible to both due to it size and sometimes programs do not play well therefore I agree that androids must be installed on only phones that is really imperative .