Home Smart Home and Wearables Around the Home Google WiFi may be Google’s Trojan Horse into the IoT hub market... 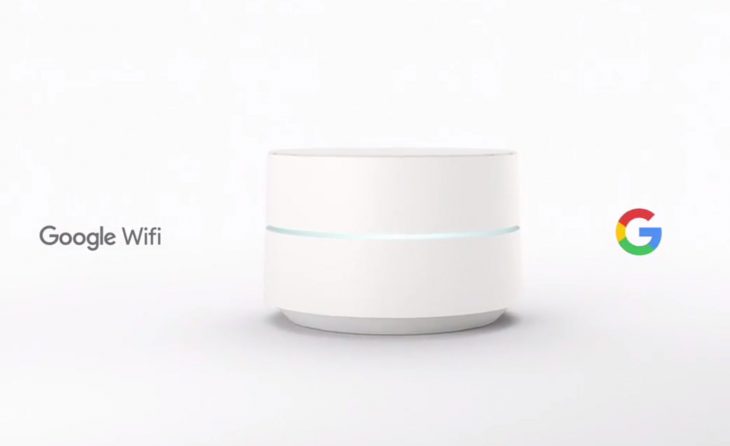 With Google Home and Android Things, it’s clear that Google is finally ready to make a move on the Smarthome / IoT market. However, when we looked at the Google Home, we were somewhat surprised and disappointed that it didn’t include the ubiquitous ZigBee wireless frequency 802.15.4, an absolute necessity for compatibility with today’s Home Automation/ IOT market.

However, on looking through Google’s recent FCC filings we came across an interesting tidbit about the Google WiFi: it does include that exact frequency along with Bluetooth 4.0. With that, and obviously the 802.11 WiFi frequencies, the Google WiFi mesh routers all contain the necessary hardware to act not only as your WiFi router but as a distributed Home Automation Hub as well.

The 802.4.15 frequency should have equal or better penetration as your 802.11 WiFi signal, as such if you’ve got Google WiFi and bathed your house in WiFi you should now also have complete coverage for the ZigBee protocol as well. There’s little specifics about how Google has implemented ZigBee into the device and if it would at as part of the ‘typical’ Zigbee network, thus allowing itself to form part of the larger ZigBee mesh, or if it’s only for broadcasting instructions to ZigBee devices?

Interestingly Google does not list ZigBee or 802.4.15 on the tech specs details for the Google WiFi. This may just be because Google hasn’t “turned on” this feature as yet? It would be odd to include the hardware, have it tested and certified if Google had no plans to incorporate ZigBee at some future stage. We shall watch and see.

The issue with Bluetooth is it is limited to how many devices of different types can be simultaneously connected. Bluetooth is more of a point to point connection rather than a network. However, its inclusion should make the Google WiFi an even more robust IoT hub.

With the IoT market heating up and perhaps finally become closer to what we’ve been promised for what feels like decades now, it’s great to see Google has existing hardware in the market, even if it’s not officially available in Australia, that will form an important part of the command (Google WiFi) and control (Google Home and Assistant) of IoT.

It’s just a lot of wishful speculating… Google is schizophrenic with blurred vision that is riddled with blindspots. They probably included it because some random engineer/product manager wanted to try a project on it at some point and thought it would be cool to have it taste than a definitive strategy.

/Looks at the Google OnHub next to me why that yet unused spectrum and USB port.

Perhaps it will come to your onhub as well, it will support the Mesh network

Thats pretty good to hear, i really just want Google to hurry up and release the Home and Wi-Fi in Australia already. They’re basically just Wi-Fi routers and bluetooth speakers.

I’ve got 2 home’s Under the Xmas tree, come on Sunday