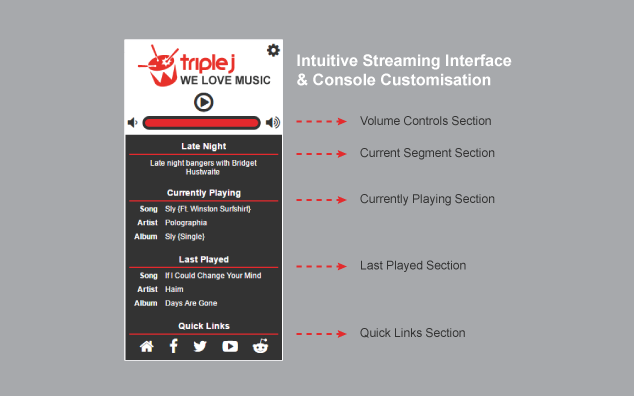 If you’re a Triple J fan who likes to stream the station to their desktop then you’re in luck with a new Triple J streaming Chrome extension launching on the Chrome Web Store.

The extension is slick and as smooth as silk thanks to an extended testing phase from the developer, but it’s been worth it because after using it for a couple of hours, I can happily say that Triple J Stream is great.

The extension is fully featured as well as easy to use and the developer says it’s up to 30 seconds faster than other streams. Feature wise, the extension has:

If you’re stuck in an office building with poor radio reception, then streaming radio over the internet has been somewhat of a god-send and this extension makes it even easier to get your favourite tunes. The extension will also be good for anyone wanting to stream the hottest 100 on Australia Day.

There’s room to grow for the extension with the developer listing future plans which include adding the ability to stream sister station: Double J. Other future features include:

That’s a lot of good stuff. If you want to check it out, head over to the Chrome Web Store and check it out.

the stream doesn’t work for me. Other features do. I have emailed the developer. Possibly it’s not working because I’m behind a proxy.